A descendent of Irish citizens who suffered through famine, Peg Breen, a New Yorker, understands how Ellis Island offered hope to new immigrants and opened a door to health, wealth and opportunity. She still gets teary-eyed when she visits, she says. 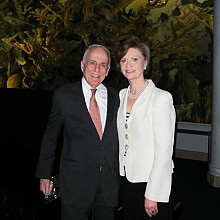 Breen is the president of the New York Landmarks Conservancy, but also serves on the board of Save Ellis Island, a nonprofit group devoted to restoring structures and celebrating the historical value of the island. About one in ten Americans has a family member who passed through Ellis Island, Breen notes.

And the Landmarks Conservancy, under Breen’s advisement, has been doing its part to give the island landmark its proper respect.

The group has funded building stabilization projects on the island and is working to turn an abandoned hospital there into a place of reflection, where visitors can stand in the place where a sick immigrant once stood, hoping to be healthy enough to gain entry to America, Breen explains.

“I think we were instrumental in telling the story and getting those buildings to where they are now,” Breen says.

Save Ellis Island has been in talks with the National Parks Service to get more funding to restore structures on the Island. 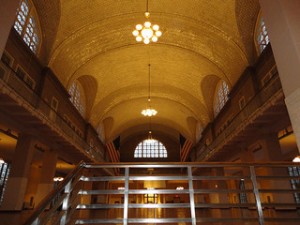 “It’s been admittedly somewhat frustrating with this group to work out an agreement with the National Park Service,” says Breen. Red tape from concerns about public-private partnerships funding the Ellis Island restoration are preventing full parks service support, and therefore adequate government funding.

“I think it’s an island we should be proud of and it deserves respect,” Breen says.