When it was all over, I stared at my somewhat obstructed view and surveyed the assembled crowd, while my thoughts turned to two things: first, my iPad. They’re not allowed inside the grounds of the USTA Billie Jean King Tennis Center, and so I had reluctantly checked mine at a flimsy white tent that looked like it was set up to triage the very casualties that were going to result if I didn’t get my iPad back.

Secondly, though, I thought of the headlines.

The facts, as we knew them, were this: Following several rain delays, Spanish tennis star and world number one Raphael Nadal had just completed a career grand slam by winning his first U.S. Open tennis tournament. I wondered how those facts would make their way into the papers and blogs.

The following day it turned out that headline writing proved more difficult for some than others. My favorite two were courtesy The Express and The Washington Post: Roger’s era over and out and No reign delay for Nadal, respectively. Get it?

The Daily News went with No Doubt that Rafa is the New King of Queens. 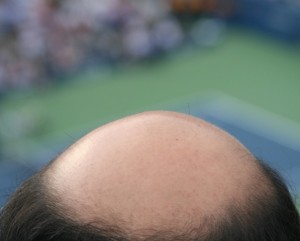 The view my $120 ticket afforded me

This entry was posted in Uncategorized and tagged ipad, rafael nadal, tennis, us open, usta. Bookmark the permalink.