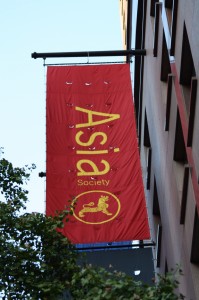 Saturday, I-View Film 2010 kicked off at the Asia Society on Park Avenue with a screening of Bhutto, the Benazir Bhutto documentary, and I Am, a series of four vignettes by director Onir Ainban. The United Nations Development Program supported the film.

I-View Film, in its third year, celebrates South Asian storytelling and explores the lives of women and LGBT people in the region.

The evening screening of I Am was packed with notable folks, including humorist Kate Clinton and partner Urvashi Vaid, director Mira Nair, and Daily Show comedian/correspondent Aasif Mandvi. 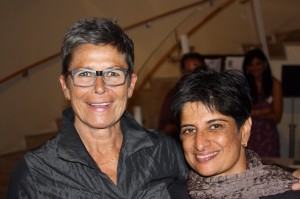 Clinton and Vaid, an activist and author who has served as the executive director of the National Lesbian & Gay Task Force as well as the Arcus Foundation, talked about their summer spent in P-town, where Clinton was working and where the two have a home.

“It’s important for us all to be spear carriers and tell our own stories,” said Nair, before running off the stage and out of the theater, to cheers and applause.

“I’m late to meet my husband, but who cares?” Nair screamed as she ran out.

The festival runs through September 26th, at the Asia Society, Big Cinemas Manhattan, and Tribeca Cinemas.

This entry was posted in Uncategorized and tagged engendered, film, i-view 2010. Bookmark the permalink.