Posted on September 20, 2010 by Courtney Carter

September has arrived. And while we are almost at the end of the month, I believe this is the best part. The kids are back to school, the temperature is starting to cool, and a new season of television is upon us.

(cue the kids from Glee for a dramatic song)

For the many new shows, there are also returning favorites coming back. In that mix, there is bound to be a little guilty pleasure television. Below are my top three guilty pleasures of Fall 2010, even though I hate to admit it.

1. Gossip Girl (Mondays, The CW, 9PM): Gossip Girl here. And she’s here to tell you her secret. That she loves the soap-opera ridden kids of the Upper East Side, and this season, they actually have problems. Dan finds out he’s a Dad–and his worst enemy, Georgina, is the mother. Chuck just got shot, and robbed of his wedding ring he was going to give Blair right after Dan socked him in the mouth. Poor Blair found out Chuck cheated on her, with Dan’s little sister Jenny, and decided to drown her broken heart in macaroons and Chanel in Paris for the summer with Serena. Serena is still well–Serena. Walking around like a lost puppy, and she’s great at it. 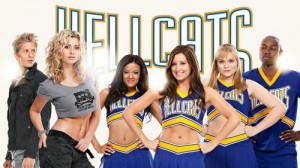 Courtesy of The CW

2.Hellcats (Wednesdays, The CW, 9PM): Someone really forgive me for liking this one. It makes me want to pull out my old pom-poms and stumble through the same routine I stumbled through in high school. Even though it’s extremely predictable–the girl from the wrong side of the tracks and the rich girl become best friends (played by the surprisingly entertaining Aly Michalka and Ashley Tisdale), boy and girl are best friends and boy is secretly in love with girl. But, the show finds a way to still make it fun and unfortunately, addicting. 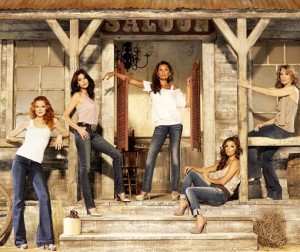 3.Desperate Housewives (Sundays, ABC, 9PM): It was as if the TV gods heard my prayers on this one. Vanessa Williams is joining the cast as Renee, college roommate of Lynette and a current baseball wife. Vanessa Williams being bitchy? Yes we’ve seen it before, but that makes good television.

Now that I’ve gotten that off my chest, what’s your guilty pleasure? Don’t be ashamed!