Posted on September 30, 2010 by Jonathan Balthaser 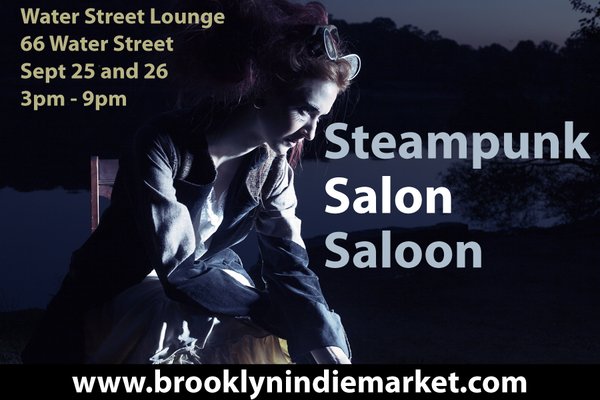 When Kathleen Malone first saw the word “steampunk,” she had a no idea what to make of it. The founder of Brooklyn Indie Market was cruising Etsy when she stumbled upon futuristic yet Victorian themed arts and crafts. Three years later, Malone is hosting one of the biggest Steampunk festivals in the country. 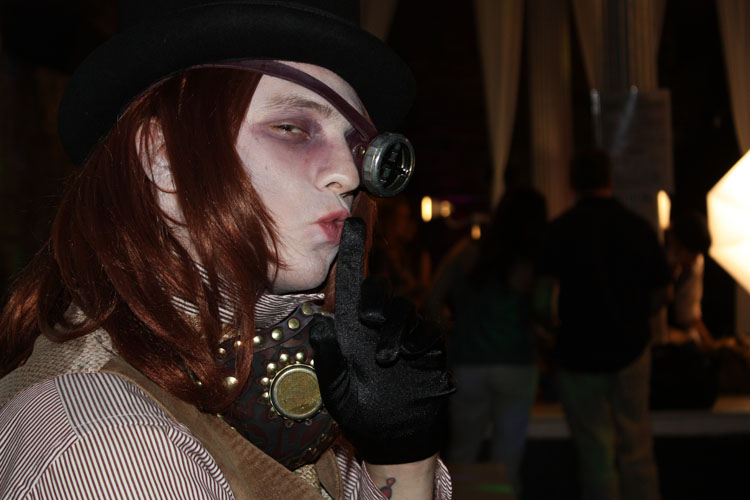 Put most simply, steampunk is Victorian-era science fiction. Think corsets and jetpacks, petticoats and rayguns, or parasol-toting robots. The subculture and style was born out of literature. Authors such as Jules Verne, H.G. Wells and Mary Shelley inspired much of contemporary steampunk culture. 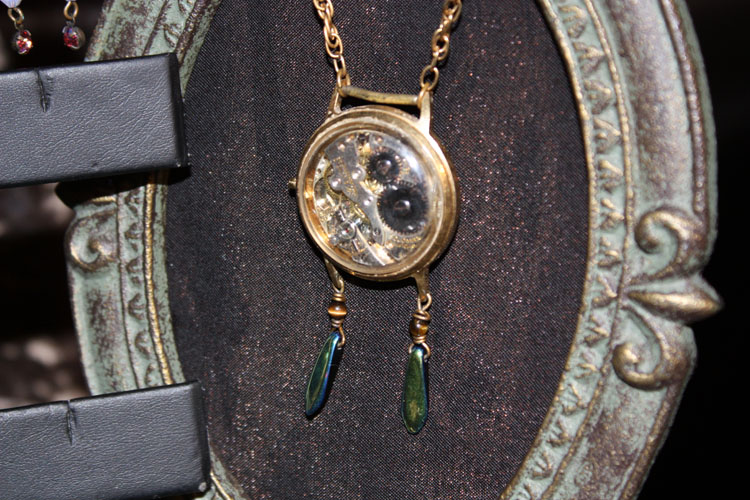 As Malone explored the wide, weird world of Steampunk, she realized that local steampunkers had no place to gather and celebrate their shared love of goggles, flying machines and witty Victorian dialogue. Thus the Steampunk Fashion Show and Exhibition was born, and people came in droves. “We had to move from the original location because it was so packed,” said Malone. “It just keeps getting bigger and bigger.”

Psyche Chimère of Pysche Corporation performs at the Saloon

Malone organized the Steampunk Salon Saloon this past weekend as part of the DUMBO Arts Festival.  It featured music by Psyche Corporation and a panel discussion and reading by steampunk connoisseur Austin H. Williams. If you missed ordering a pint at the Saloon, and discussing steam-powered airship blueprints, worry not. It was merely a preview to the gala Steampunk 2010 Fashion Show and Exhibition, which takes place October 24th. 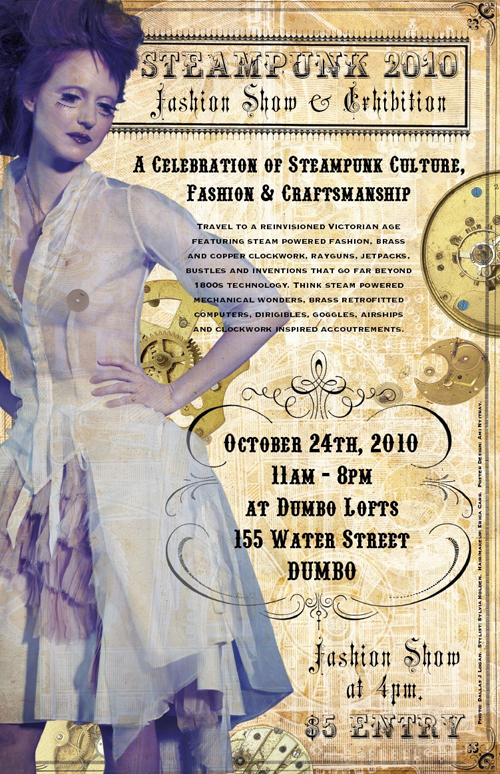