Museum of Sex Keeps Up The Action

Posted on October 3, 2010 by Courtney Carter 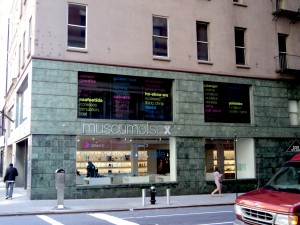 There are many things the Museum of Sex can be called. But tame, low-key, or underrated isn’t one of them.

On my first visit to the museum, I was shocked that as a New Yorker I felt I could confidently say I’ve seen many things in life, but watching the “beautiful agony” as it was called, on a woman’s face in a room full of people, wasn’t quite one I’ve done before. 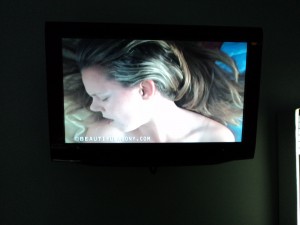 "Beautiful Agony", an internet website where users choose to submit their sexual faces.

This is all part of the exhibit, “Action: Sex and The Moving Image” that is now on display at the museum. The exhibit covers the way sexual images have impacted film, television, advertising and the Internet and ultimately, how we as a society react to it. The exhibit is raw and thorough. It covered everything from the early 1930’s to modern day sexual images in society, including films such as “Dracula” (1931) to “Sweet Sweetbacks Baadasssss Song” (1971), “Deep Throat” (1972) to “One Night in Paris” (2004).

The exhibition was very impressive. From the moment you walk in, you literally see sexual images coming at you in what seems like the parallel to the bombardment of sexual images in society. The exhibit contains an open room with four huge tables that movies are being displayed on, and wall to wall television screens with images that go around from the 1930’s to where we stand in our culture today. 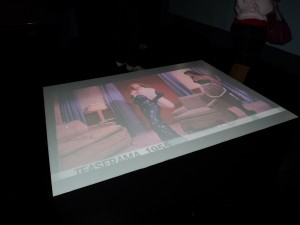 It was a pleasant surprise to learn that films that were on display, and that I have watched many times over, also had a historical significance to sexuality in our culture like “Gone With The Wind” and “Shaft”.

The last stop that I recommend as part of the full experience of the exhibit is the new Aphrodisiac Cafe,where server Jennifer Fitzgerald mixes up different combination’s of “known” aphrodisiacs for museum visitors. 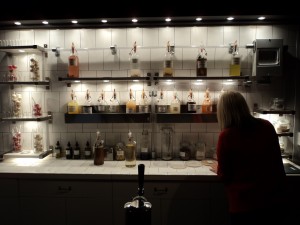 Aphrodisiac Cafe's drinks and desserts are arranged like a laboratory of sexual chemicals.

“Does this actually work?”, a female museum-goer asks as she orders the drink Aphrodite, a mix of jasmine, almond, and nectar with a honey crystal rim which effects are supposed to be potency and lust.