On Broadway: Celebrities vs. Understudies

Posted on October 20, 2010 by Jessica Courtemanche 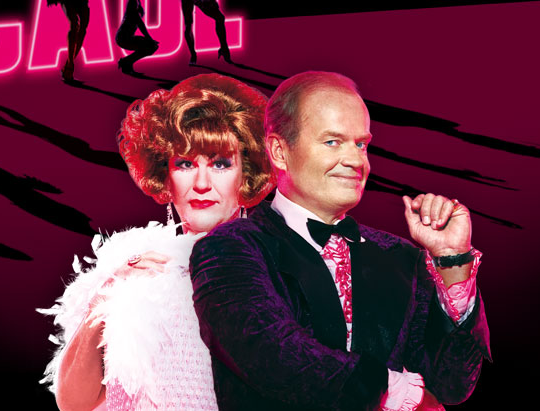 “I came for Douglas Hodge.”

That was the first thought that popped in my head as I opened the playbill for the Broadway phenomenon La Cage Aux Folles.

“I came for Douglas Hodge. And now I’m going to see his understudy.”

Understudy. Talk about a demanding and underrated job. The actors must learn extra lines, extra steps and attend extra rehearsals without ever knowing when they will have to get on stage as one of the many characters they stand-in for.

Case in point, Dale Hensley, Mr. Hodge’s understudy in La Cage, also plays a waiter, he is a swing, and he understudies 3 other characters.

Culturally understudies have been portrayed as wide-eyed debutantes landing their big breaks, such as Peggy Sawyer in 42nd Street, or conniving liars like Eve Harrington in All About Eve.

But in reality understudies are less about fame, and more about work. Especially now that Broadway plays are being headlined by bona-fide celebrities.

The Sean Hayes, Denzel Washingtons and Kelsey Grammers are the ones who sell seats. They are the ones the audience comes to see.

Hence the grumbling in the audience when they pull the little squared white pieces of paper saying that their roles will be played by (add the name of the understudy).

Although there is no set rule allowing patrons to get refunds if another actor is standing in for the star they came to see, all Broadway theatres have to make the audience aware of the switches before the performance even starts.

But not everyone grumbles. Musicals Tonight! just honored Broadway and Off-Broadway Stand-bys and Understudies last weekend with special performances featuring many of them. And there are websites like Broadway Understudies focused solely on these.

As for the switcheroo that night for La Cage Aux Folles…Well, the chemistry between Kelsey Grammer and Mr. Hensley was good. But not great. I guess you can’t understudy everything.