Thousands “Meet the Breeds” at Javits 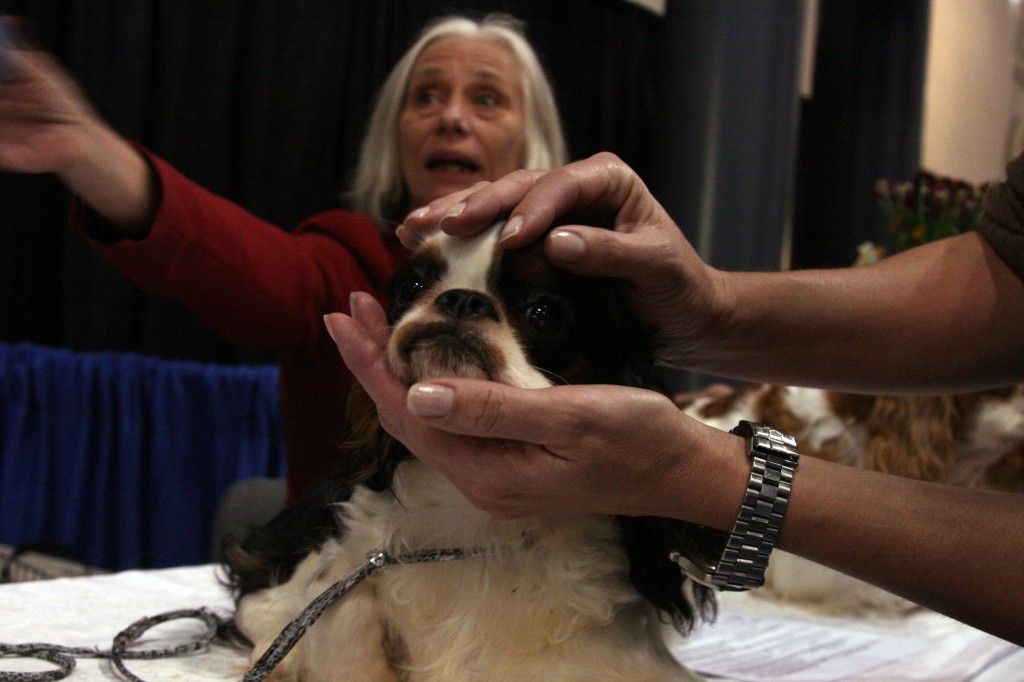 Don’t worry. Despite the look on his face, Maves (above) is used to getting handled like that. The eight-month-old English Toy Spaniel was among hundreds of dogs and cats being inspected by the 36,000 attendees of the American Kennel Club’s annual “Meet the Breeds” expo last week. 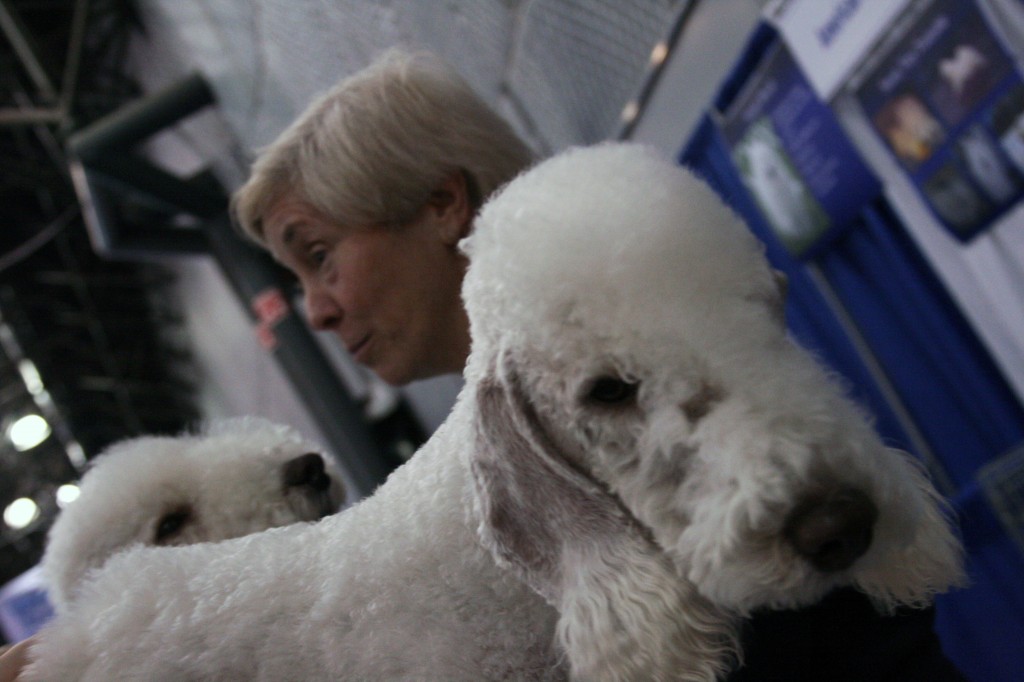 Among the 160 dog breeds (and 40 cat breeds) at the Jacob Javits Center were these Bedlington Terriers, Player and Dice. Their breeder, Joan Weiskopf, brought them from Redding, Pa., where she’s been raising dogs for 40 years. 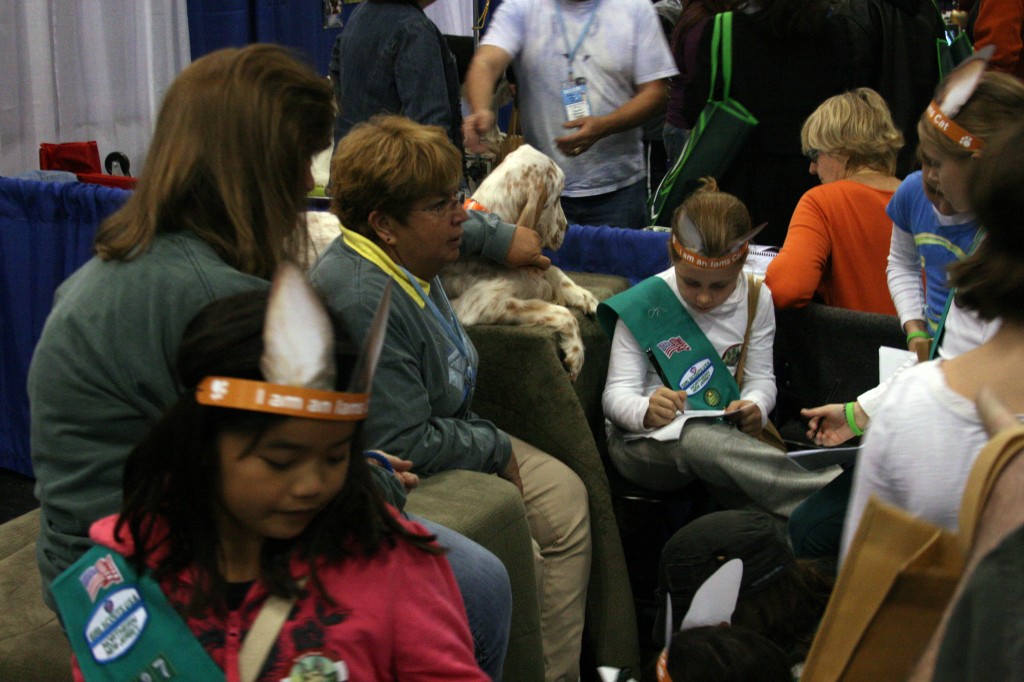 Here, Katherine Cunningham-Ray, a breeder from Millford, CT, talks with a Girl Scout troop from Northern New Jersey about what makes her English Setters unique. We can assume the scouts earned their dog enthusiasts badges. 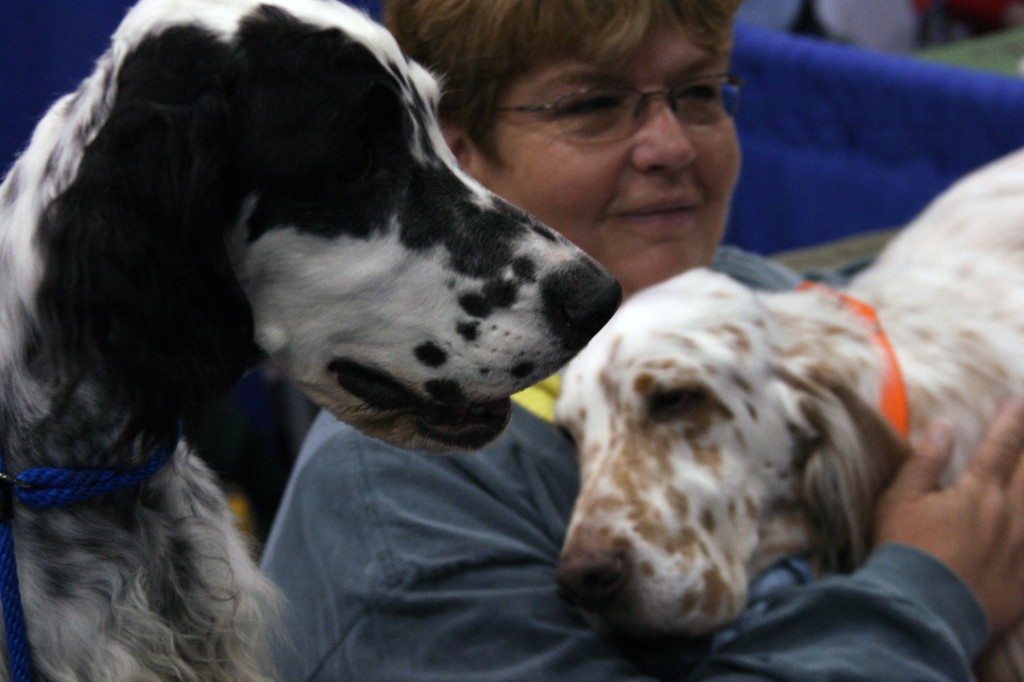 Eight-month-old Peanut (foreground) was pretty excited about all the attention, but her dad Billy, seven, got tired of it all. 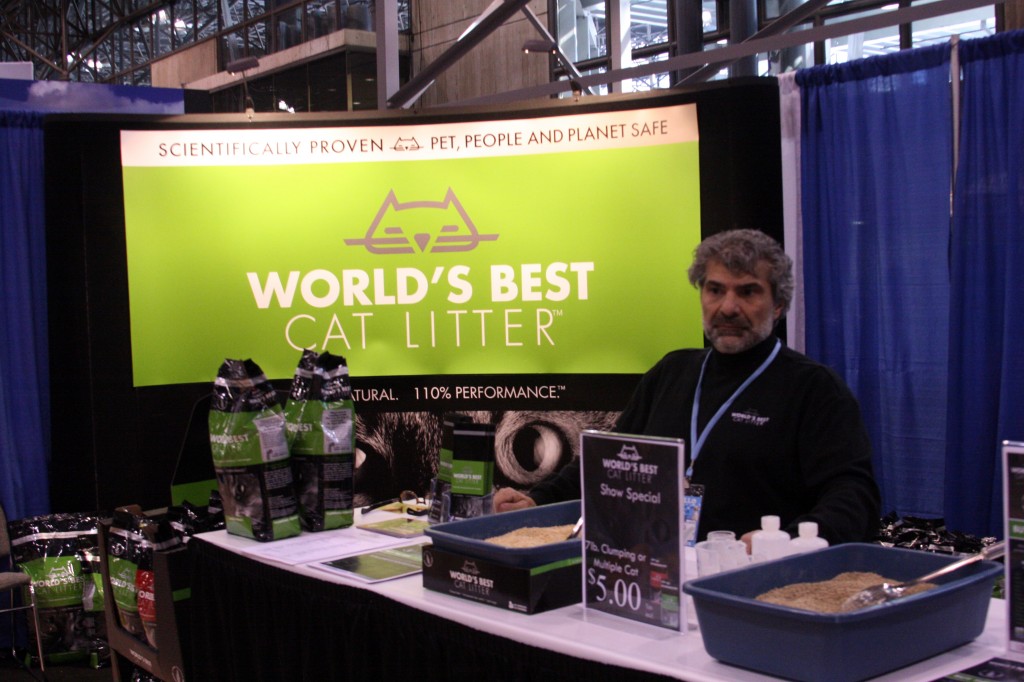 It wouldn’t be an expo without vendors and product pitching. David Tagliata spent the weekend showing off his “World’s Best Cat Litter.” Tagliata said it’s the only litter made entirely out of corn, which (apparently) is better at controlling odor than traditional litter. 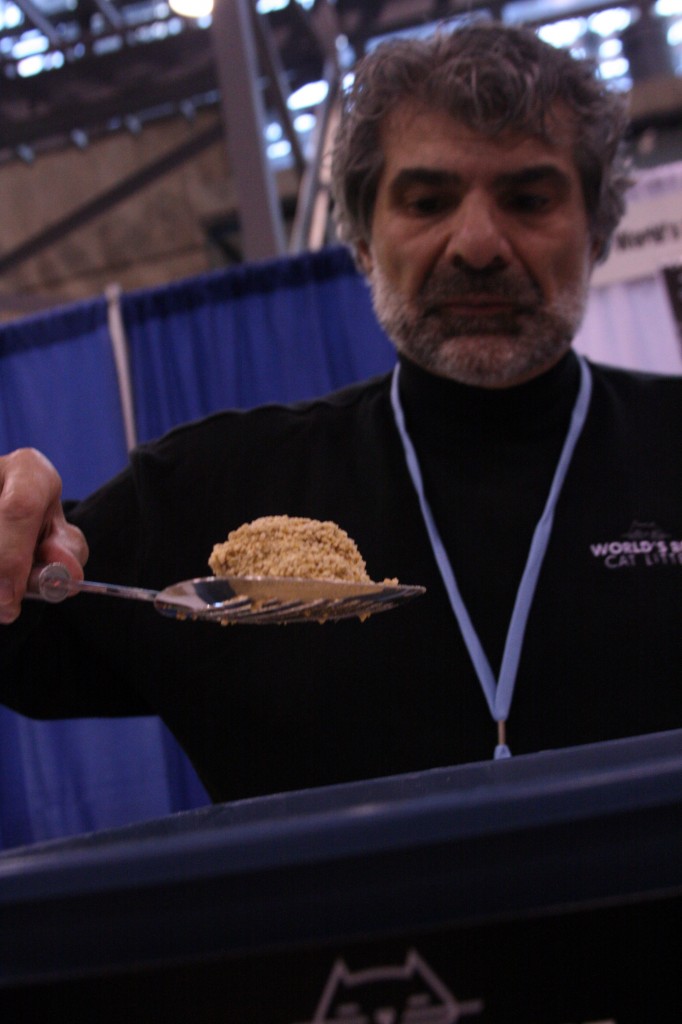 Tagliata demonstrated how his product is used. Gotcha, that’s not a real dropping!

1 Response to Thousands “Meet the Breeds” at Javits