Posted on November 3, 2010 by Courtney Carter 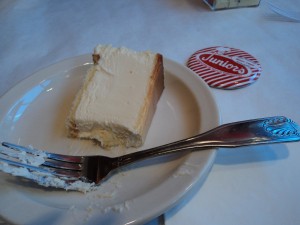 What do you give a place that sells cake, especially famous cheesecake that is, for their birthday?

Nothing, they give it to you.

Junior’s Restaurant, Brooklyn’s legendary eatery, celebrated its 60th anniversary today, and the restaurant invited all New Yorkers to join the party. And they did, with lines wrapping around the block. 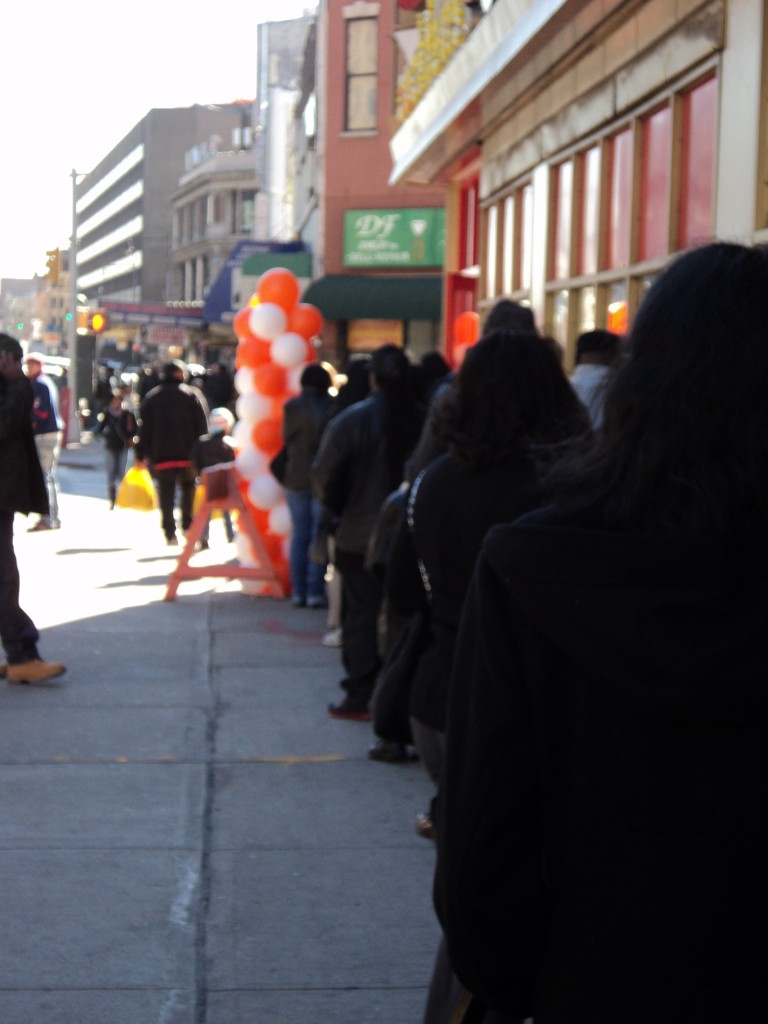 Customers waited patiently for their chance at the world-famous cheesecake.

All day, Junior’s sold their world-famous cheesecake for only 60 cents. Alan Rosen, owner of the restaurant said, “60 cents is what we’re obviously doing for our anniversary. But we have people that come in here 1, 2, 3 times a week. They deserve this.”

The anniversary also marked the end of the “Junior’s Next Great Cheesecake Flavor Recipe Contest”, in which three finalists from more then 500 submissions across the country went head to head in a bake off that will be added to its famous line-up. The flavors that made the cut? Blackout Cheesecake, Joyful Almond Cheesecake, and Moon Pie Cheesecake. 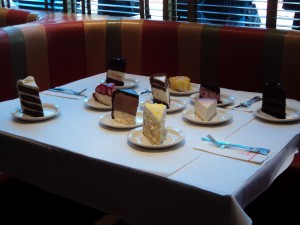 The different styles were narrowed down to three.

As Rosen was enjoying his own celebration, Helen Schwartz, an older New Yorker in a wheelchair came up to greet the owner with her nurse aid, and reminded him why everything was worthwhile.

“I came a long way young man, from Fort Hamilton with my aid for this. I just wanted to say hi.”

“That’s the best thing”, said Rosen in a trademark Brooklyn accent. “You see what I’m talkin’ about?”

Junior’s serves approximately 4,000 customers a day and sells about 5,000 cheesecakes a week. To find a Junior’s, click here.

This entry was posted in Uncategorized and tagged anniversary, brooklyn, food, Junior's. Bookmark the permalink.