Free, and up to Interpretation

Posted on November 20, 2010 by Jessica Courtemanche

The free exhibit can be described in one sentence. “How the internet has changed information and public space.” It can be.  Even it’s title has meaning: Free is in reference to the revolution the internet caused to print and music.

Yet for people strolling through the New Museum’s second floor last Sunday afternoon, things were not as obvious.

“I’m not sure I understand what the comment is of this room,” said Andriani Mortoglou, a woman who works for the UN and who is visiting the museum for the first time after a friend recommended that she come.

Although there is a long text explaining the whole exhibit pasted on the wall facing visitors as soon as they step out of the elevator into the exhibit floor, Andriani has gone straight to one of the pieces of the exhibit. 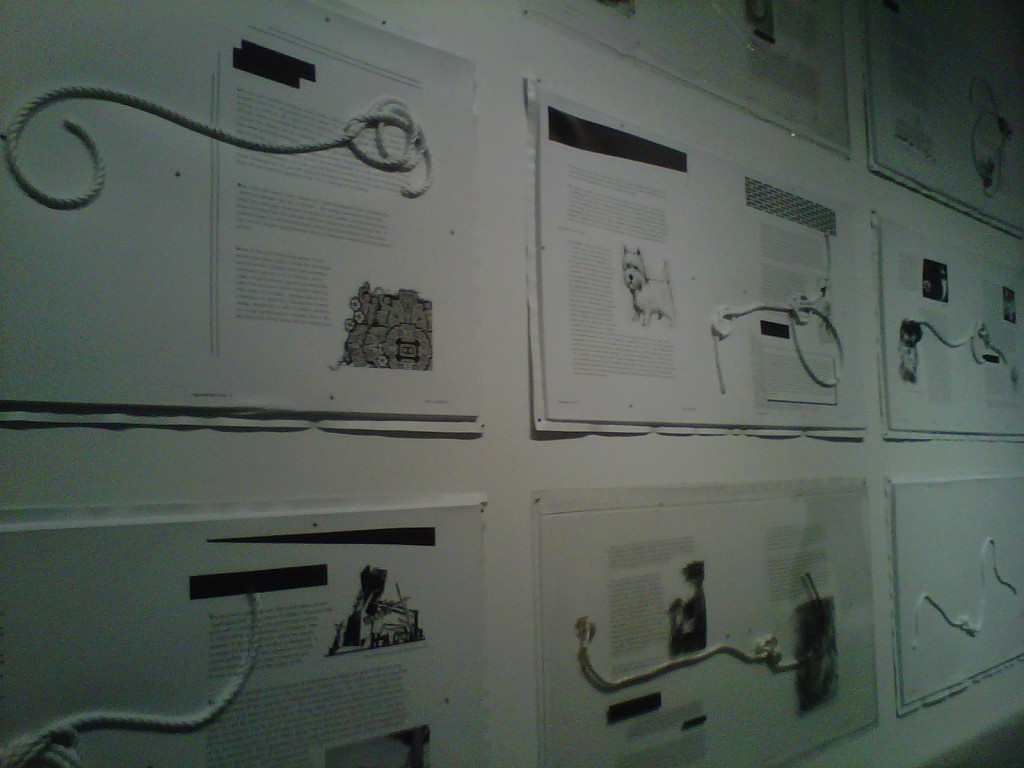 “Sometimes, it’s better to start out without reading explanations first because you get a better sense of what it will be,” she says. “But this room is difficult to understand so far.” 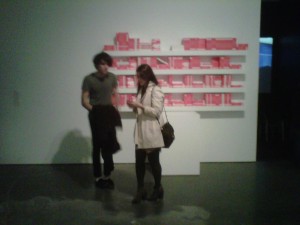 Matt Magelof says he couldn’t quite figure out the exhibit by only looking at the pieces, although he did appreciate them. It was his first time at the museum as well, and he came with his friend Lita Sobievagsky.

Once he found out what “Free” was all about, however, Magelof said that it now “defines everything in the new.”

“If you tell me that it was made with some kind of intention,” he said, “then I am going to apply it.”

Did it change his perspective on the pieces? Absolutely, he says. Does that matter?  Maybe, maybe not.