New Museum Exhibit “Free” is Free in Name Only

Posted on November 22, 2010 by Jonathan Balthaser

Feeling a bit cheeky, I walked up to the lobby counter at the New Museum.

“Is there a charge for the “Free” exhibit?” I asked.

I know that nothing is ever actually free, but as I headed up the elevator to the exhibit, I couldn’t help but think that the money I had just spent could be used to pay for about a third of an entire month of the internet, the medium that delivers the “free culture” “Free”  is based on. Obviously the exhibit is not trying to offer the same thing that the internet does, but still, something to ponder. 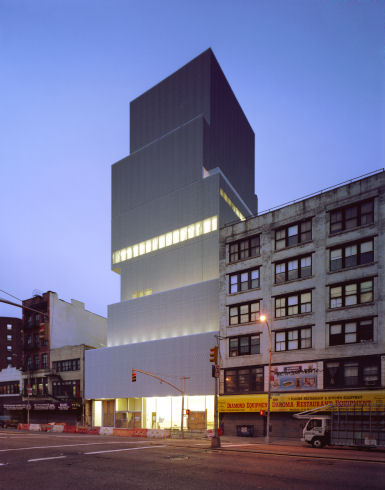 “Art should be fresh – by the people, for the people,” says a character in The School for Objects Criticized, by Alexandre Singh, a play/discourse hashed out by ordinary household objects such as a slinky toy and a tape player.

Walking around the show, I found the exhibit clashed with such sentiments: Many of the pieces struck me as abstract, inaccessible, and even bizarre. It certainly didn’t feel like like art by the people or for the people. There were no cat videos or snarky comments anywhere I could find.

Experiencing the exhibit made me wonder if many of the artists had chosen the correct media in which to work. Simply, put, I wondered if this exhibit would have been more successfully mounted actually on the internet. It felt strange examining objects, pictures, text, and video that was originally created to be on the internet in a museum setting. 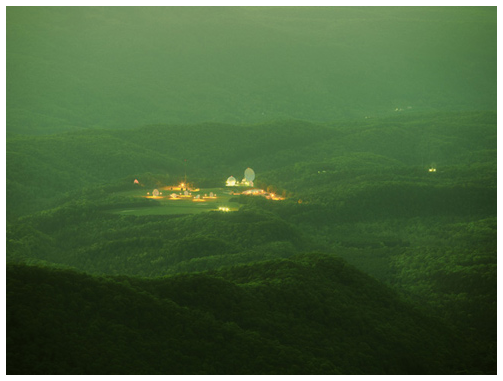 Trevor Paglen's "They Watch The Moon"

Perhaps. Perhaps, I experienced these pieces more carefully, aware I was in a museum setting and not distracted by ads, or email or other videos begging for my little black arrow to click upon them. Perhaps I wouldn’t have read the lengthy introductions and just moved on.

Perhaps. But is this museum experience worth squirreling these works away in a specific area of the world, in a specific building, with specific hours, and charging a fee for people to see them? Shouldn’t they be online where the entire world could have access to them? Where they would in fact, be free?