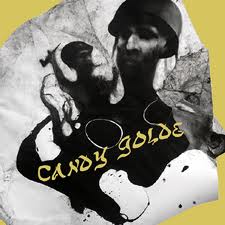 Jane’s Addiction, Tinted Windows, Audioslave, and Queens of the Stone Age are just a few side projects by members of huge bands that have thrived over the past decade. Candy Golde, one of the newest band to prescribe to this formula, consists of Bun E. Carlos [Cheap Trick], John Stirratt [Wilco, Autumn Defense], Rick Rizzo [Eleventh Dream Day] and Nick Tremulis [Nick Tremulis Orchestra].

Unlike many of the other All-Star bands, which try to incorporate the sounds of their past work into something new, Candy Golde is eclectic and experimental. Carlos, the drummer for classic rock gods Cheap Trick for almost four decades, has adapted his style, playing more like a garage band bammer on the band’s LP, unleashing heavy percussion work that hasn’t been heard from him in decades.

“I had some much fun putting this together,” said Carlos. “It’s different not being on the road and being able to experiment. I loved making this LP.”

Tremulis, known more for his song-writing and love of experimentation with rock and soul blends, was able to play the part of hard rock singer and do more than hold his own. Stirratt, a member of an alternative powerhouse the likes of Wilco speeds up his bass playing in Candy Golde and does more than support the percussion. Rizzo, while also in a solid alternative band before CG, known for his excellent guitar work, song-writing ability and vocal stylings, plays some of the hardest tunes in his career with this quartet.

The end result is something unlike anything you’ve heard before from a band created from bits and pieces of other successful groups.

That may have something to do with the way they came together.

“We’ve all known each other for quite some time,” said Tremulis. “We’ve played together on tours and just because we grew up in the same area, it just made it easier than it should have been. We all jammed together and right away, we knew we had something. Everything was easier.”

Always eager for side projects, Carlos, who is also the drummer for Tinted Windows in addition to Cheap Trick acknowledged that this project would have never gotten off the ground a few years ago.

“Ten years ago, we would have had to call all our lawyers,” Carlos said. “It’s just so much easier now.”

Playing at SXSW on March 18, where they will be making their live debut, the band is ready to show their fans how easy it’ll be to jump on their bandwagon.

“We’re going to bring it,” said Tremulis. “These are some pretty hard tunes and the only way to play them is with a lot of energy, so that’s exactly what we’re going to do.”