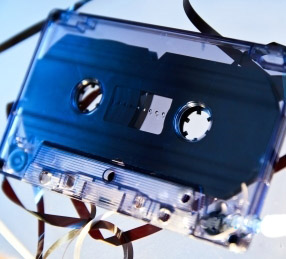 The mixtape has been a stable in hip-hop since the genre emerged in the 1970s. Rappers and DJs, both mainstream and independent, have used mixtapes to get music to fans and now R&B artists are doing the same.

An overwhelming number of R&B artists from Chris Brown to Raheem Devaugh to Ciara are churning out mixtapes as a way to test new music and to keep themselves relevant in between studio albums.

Kerry “Krucial” Brothers, owner of Krucial Noise Records and Alicia Keys’ long-time writing/producing partner, held a mixtape listening party Tuesday, March 15, for his new R&B artist, Mateo. Mateo’s debut is in production now, but Brothers didn’t want to wait for it to drop to introduce the world to his new talent.

“[Mateo’s album] will be ready when it’s ready…we’re not rushing it,” said Brothers. “But we wanted to keep his fans listening. Mixtapes are the way it’s going now.”

“I didn’t want to sing over someone else’s beat,” said Mateo. “I wanted to make it completely different…real creative and fun. I just picked songs I liked and whatever is current.”

Mateo said his mixtape, “Love & Stadium,” has given him the opportunity to step outside of his comfort zone and take risks with his music. For example, he took a sample of Kanye West’s “Runaway” and mashed it with alternative rock band Snow Patrol’s “Chasing Cars,” something he said he wouldn’t normally do. And that’s the beauty of mixtapes. While R&B can be overly stylized and produced, mixtapes give singers the chance to try new things with their music. For instance, Trey Songz, who’s known for his sultry vocals, raps on his mixtapes.

Mixtapes have long been one of the ways hip-hop artists have told their story. With its embrace by R&B artists, it is now becoming another way for crooners to tell theirs.