Anna Quindlen on “The F-Word” 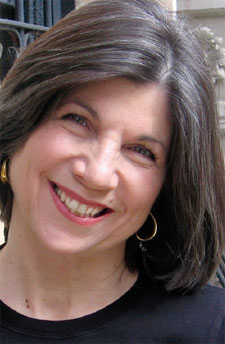 The lecture hall is filled with women of all ages and races. Only one or two bald heads stand out among the masses of female energy, chattering in anticipating of the main event—an intimate talk with Pulitzer Prize winning author Anna Quindlen.

I’ve returned to my alma mater, Barnard College, to the very same room where I once attended classes on “The History of Women in 20th Century America” and “Women Writers in American Literature.” The room is already filled with the pride and strength of female identity and now, Quindlen, journalist and author of five New York Times best sellers, has come to saturate it even more.

Tonight’s lecture is the last of three “Power Talks” sponsored by the school—last month’s talk drew a large audience as NPR’s Margot Adler delivered a speech entitled “Vampires are Us—Women, Power, and Leadership.” But Quindlen’s subject is arguably even more controversial than vampires.

Her talk focused on the disconnect between women of her generation (Quindlen is now 59) and women of her daughter’s generation (her daughter is 22). She explained that young women today do not have to fight the same political challenges as women of earlier generations and correspondingly no longer view themselves as feminists. But, women are still fighting a cultural battle.

Women, Quindlen said, are held to a level of perfection that men are not. Women can now be extraordinarily successful in the workplace, and yet they must still be successful on the home front. Women today face the pressure of being perfect professionals as well as perfect mothers and perfect wives.

After the lecture ended, dozens of women crowded Quindlen.

Katherine Fox, a current Barnard College student said, “Before I came into this talk I didn’t consider myself a feminist. I thought the word meant that you had to hate men.” Now, along with many other women attending the lecture, she considers herself a newly confirmed supporter of the importance of “the f-word.”

This entry was posted in Culture. Bookmark the permalink.