This Tuesday’s event marked the beginning of the fashion industry’s new initiative to raise awareness for the environment. With Earth Day right around the corner, this relationship with fashion designers, stars and environmental NGO’s is developing right in time.

Bid to Save The Earth, Christies and Runway to Green joined forces on Tuesday night and held a star studded event for a good cause: our planet.

Each designer created a unique piece of clothing that was made from either sustainable goods or in an eco-friendly way that would later be sold on net-a-porter.com with 30% of the proceeds going to Conservation International, Oceana and Central Park Conservancy.

“I found a factory in Italy that created fabric from recycled goods like plastic and unused yarn,” said Palermo to E! News in response to her look that she designed. “I think it’s important to be conscious and it’s great the the fashion industry, especially in New York, is taking a stand for the environment, it’s such a huge industry and it’s nice to be able to give back.”

Other designers like Keren Craig of Marchesa designed a red cocktail dress, Balenciaga took to silk to create a classic wrap dress and Stella McCartney used wool and alpaca to create a fiery orange color block summer dress. Other designers like Prada, Gucci, YSL and Jason Wu also contributed looks that were revealed from a spinning vertical garden and modeled by all stars like Coco Rocha, Jess Stam, Lindsey Wixon and Jourdan Dunn.

A green haired and pink lipped Nicki Minaj closed the night on the runway with an exciting performance and shouted “Going green is sexy!” Through donations and the live auction, by the end of the night over $1 million was raised for conservation efforts on both a local and international scale.

*All photos courtesy of ecouterre.com 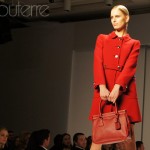 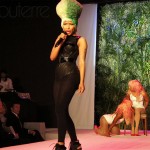 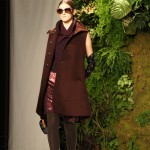 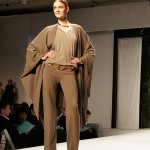 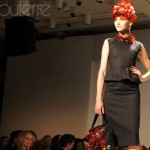 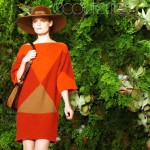 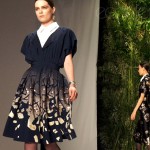 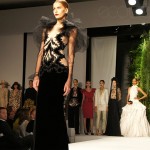 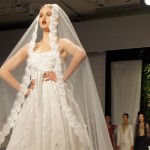 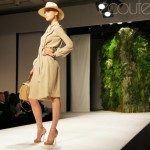 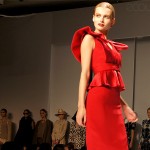 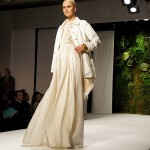 I am an aspiring reporter covering the worlds of fashion, art, entertainment and culture -- live from NYC.
View all posts by Chase Lindsay Rosen →
This entry was posted in Uncategorized and tagged charity, fashion, green, music. Bookmark the permalink.