Shock, Awe and Censorship: 20 years on from a Perfect Moment 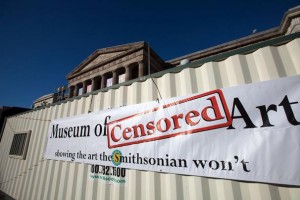 Crowds headed to Washington D.C last weekend for the anniversary of one of the most controversial issues in art in the United States.

They were going to a conference at the Corcoran Museum to examine the state of censorship of art today and reflect on and the event of 20 years before. The Perfect Moment or imperfect moment in question, as perhaps it should be now known, was an exhibition in 1988, which became clouded in scandal, due to the graphic nature of Robert Mapplethorpe’s photographs and the federal funds that supported the show.

“The status quo is never going to be interesting for very long in the art world,” says Michael Iacovone, panelist, artist and founder of the Museum of Censored Art. “If you can find someone who is doing something provocative it’s a tool to get more people interested but any time the general public feel their money is being misspent issues of censorship arise.”

When the exhibition appeared at the Cincinnati Contemporary Arts Center, in 1989, the museum’s director Dennis Barrie was arrested and the prosecution attempted to charge him with pandering to obscenity. 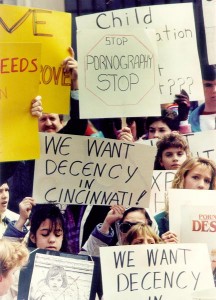 The Corcoran, the host of the conference, never showed the exhibition as it was intended to, and as a result, many private funds were pulled from the museum.

And yet looking back at this event last weekend shows little has changed when it comes to art that challenges societies taboos.  Late last year David Wojnarowicz’s video work Fire In My Belly was removed from the Hide/Seek exhibition at the National Portrait Gallery due to congressional pressure from religious spokespersons. In response the Andy Warhol and Robert Mapplethorpe Foundations pulled their funding to the NPG and Smithsonian.

There is no easy solution to art and censorship issues.  In reflecting however, perhaps we stir up support for a future that understands and considers how to host difficult works of art.