Hitting the Books at the New York Antiquarian Book Fair 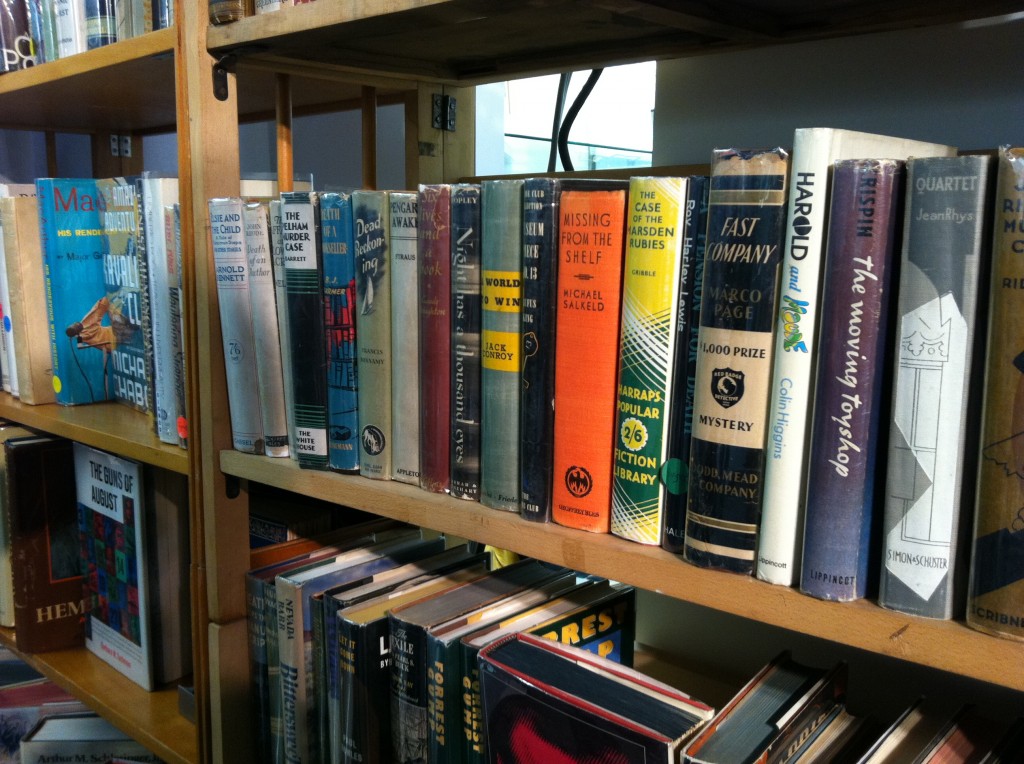 While e-book sales are growing steadily, a very different kind of reading material was showcased at the Park Avenue Armory last weekend. The 51st Annual New York Antiquarian Book Fair, a bibliophile’s answer to the showier Armory art fair, showcased about 200 sellers of rare books, manuscripts, illustrations and pamphlets. The “antiquarian” qualifier was applied loosely; those hoping to shell out big bucks for a copy of the first British printing of The Prisoner of Azkaban would not be disappointed, but there were plenty of opportunities to geek out over everything from Americana to incunabula.

And there were also plenty of geeks to do the geeking. Valencia Vigil, manning the booth for Antiquariat Botanicum, a Washington-state-based vendor of botany and horticulure manuscripts, said she had been worried that no young people were interested in books. Much to the contrary, she had observed young sellers and young buyers alike.

Case in point: Bill Adelson was hunting for a book to call his name as the booths began to close on the last afternoon of the fair. The 28-year-old writer said that he is a small-time collector who has bought one book at each fair of the last five years. Last year, it was an etiquette book from the 1920s. And this time? “I’ll know it when I see it,” he said.

Adelson said he did not own an e-reader but, while his shopping motives may have been erudite, his reasons for that decision were less so: “A book is never going to run out of batteries or break when you drop it,” he said.

What do you think: is it silly to be devoted to ink and paper in the digital age, or do physical books just serve their own, different purpose?