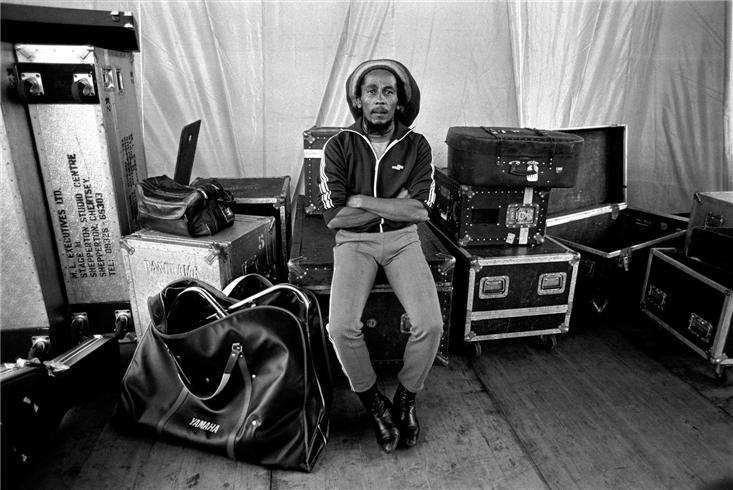 If you were a iconic rock musician between the 60s and the 80s, chances are you were photographed at some point of your career by Lynn Goldsmith. From The Beatles, to The Rolling Stones, to Bob Dylan, to Bruce Springsteen, to Michael Jackson, to Madonna.. no one escaped from Goldsmith’s lens. Her work has appeared in more than 100 album covers, as well as in the front pages of Rolling Stone, Time, People, Life or Newsweek. 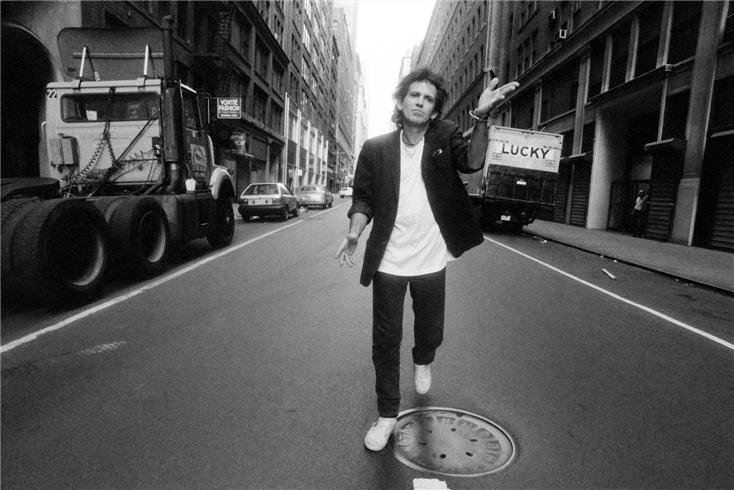 The photographs were handpicked by Goldsmith herself and show musicians during live shows, in staged sessions and also in the middle of casual moments: U2 walking in the rain in Fifth Avenue, Van Halen saluting their fans after a show, Dylan outside a grocery store, The Beastie Boys at Stromboli Pizza…

Some photographs are accompanied by anecdotes provided by Goldsmith that reveal her perception of the artist in an often very amusing way. “Some people find him distant, but I think that’s because they are afraid to talk to him. They think he is Mr. Super Smart, and he is. He is smart enough not to judge people,” reads after an image of David Byrne with sunglasses in a beach in Yucatan.

My personal favorite is the one associated with Dylan looking dreamily to the sky with the Empire State in the distance: “If you hang around with Bob Dylan long enough, someone is bound to come up and ask him if he is God, or tell him why they are sure he is God, or ask if he can help them find God.” 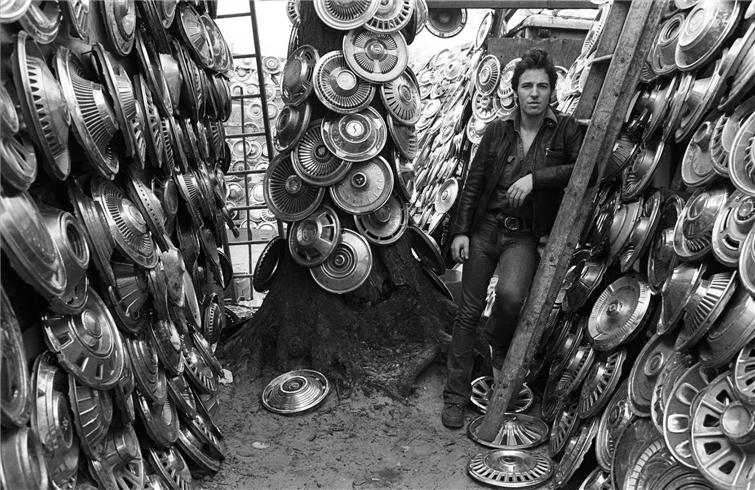 The most featured artist in the exhibit is probably Bruce Springsteen, who Goldsmith got to know the best of all. She dated him during the Darkness on the Edge of Town tour in 1978, which is considered by fans and critics the peak of Springsteen’s live performance career. Goldsmith took thousands of photographs from that era. A huge selection of which were included later in her book “Springsteen: Access all Areas”.

“Lynn Goldsmith at The Bowery” is on view through May 5 at the Morrison Hotel Gallery, 313 Bowery