Last Tuesday down under Manhattan Bridge, pans sizzled and mouths chewed on come of the best local cuisine Brooklyn has to offer. The restaurant owners here at Tasting Brooklyn are part of a hot trend soaking up Brooklyn’s love of food. Surprisingly the restaurant industry in the borough has been thriving and weathering well despite the recession. Could this be unique to Brooklyn? Why do Brooklynites value their food so highly?

Matthew Robicelli, of Robicelli’s cupcakes, remembers the struggle of the downturn. 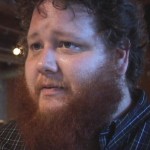 “We had a gourmet market that opened up 4 days before the recession hit and then we lost everything.  We actually started our cake company on $30 we had left in our bank account after losing almost everything.  We have been going strong for two years and it’s a fight, but you can’t give up on what you love.”

Statistics released from the Brooklyn Chamber of Commerce show that during the recession the food services industry actually took on more employees than expected with a 6.8% rise in employees of food services over double that of the citywide rise.  You need look no further than the 20+ tables at the Dumbo Loft to confirm the reality lives up to the numbers. 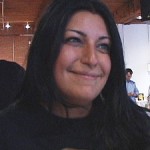 Jumana Bishara, owner of Tanoreen Restaurant, Bay Ridge, says they have just moved to a larger space and subsequently doubled their staff. Cheryl Smith who cooks ‘soul food’ at Cheryls Global Soul says she will also be hiring again as the summer approaches.

So when then going gets tough why does Brooklyn go out to eat? Perhaps it is because the boroughs restaurants offer more than just food. 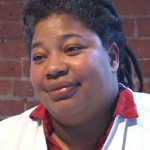 “It’s a neighborhood, that like our restaurant, is eclectic,” says Smith, “there is a lot of blending of people of all ages, and for us we are near the Brooklyn Museum so we are like a cultural center, which I think is also what Brooklyn is.”

“There is a lot of love in Brooklyn…everyone is looking at it more like home cooking compared to some larger scale fine dining experience,” says Robeselli.

In fact for Bishara, home cooking is exactly the niche Tanoreen began to fill 13 years ago using her grandmother’s recipes. “It was my mother who started it and she did it as a tribute to her mom. It was a hit and it took off,” she says.

Sharon Beason, who organized the event, sums it up in her motivation for the night: “I was really just listening to the culture of Brooklyn.”

This entry was posted in Food. Bookmark the permalink.