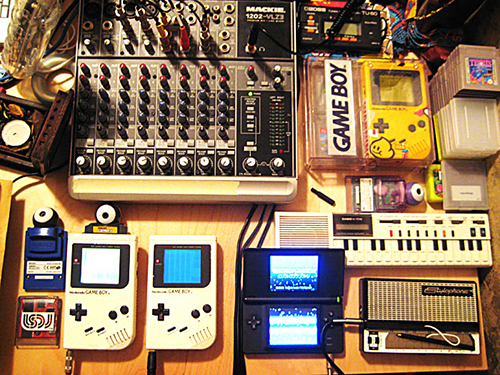 Chip art, which fuses retro game technology such as Nintendo Game Boys with old school computers like the Commodore 64, is an underground movement that has spread from Japan to Europe to America. Even though the genre is gaining momentum, it is still relatively unknown and most fans have to go online to connect with their favorite chip musicians and visual artists.

But 8bitpeoples, a coalition of chip artists, has taken the art form offline and into the real world with the Blip Festival, an annual event that showcases chip artists from across the globe. This year’s festival will be held May 19-21 at Eyebeam, 540 W. 21 St. in Manhattan.

“Around the time when we organized the event’s first edition in 2006, our conscious impulse wasn’t much further-reaching than the simple fun of wanting to show off this underground, international, diverse subculture we were lucky enough to be a part of,” said one of the event’s organizers, Joshua Davis, who is also an artist who goes by the moniker Bit Shifter. “In retrospect, I think that beneath the fun impulse was probably a growing awareness that this was culturally and artistically relevant, that this artistic aesthetic could resonate with those in-the-know and newcomers alike.”

For chip artists and fans, the festival has done just that.

“The Blip Festival allows people who are very talented, but not well-known in their own city a chance to get recognition,” said visual artist, Don Miller, 31, who goes by the stage name NO CARRIER. “Chip is big online so Blip also gives people who have only met online a chance to meet in real life.”