Tatum More Than a Hunk 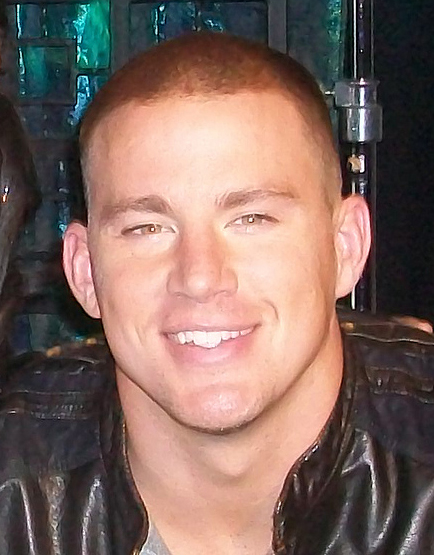 As a matter of fact, just the mention of his name induces a Beatlemania-esque scream.

It doesn’t matter what type of film he’s associated with, from an ‘80s inspired action romp to a Nicolas Sparks’ book turned flick; he can do nothing wrong.

Because of that, most men and women that want more than a good-looking face on-screen aren’t big fans of his work.

That, however, is about to change with his participation in the new HBO documentary “Earth made of Glass.”

Co-written and co-directed by award-winning documentarian Deborah Scranton, the film tells the story of Rwanda’s rebuild after the 1994 genocide and how one man found a way to stop the cycle of pain and destruction in his own family.

Now why does Tatum, the guy known more for being the guy from teen-pop classics the likes of “Step Up” and “Fighting” have anything to do with this?

How did he get involved in this?

Tatum became fascinated with the political turmoil and genocide in Rwanda friend Reid Carolin [who worked with Tatum on the MTV film “Stop Loss” and produced the film] went abroad to film and told Tatum what was going on.

“He did this for the better part of two years and he came back with this amazing footage,” said Tatum. “It was so educational for me. I didn’t know anything about it.”

Now, was not only intrigued by the project, but wanted to be a part of it.

“I didn’t get a lot of my education from books and school,” he said. “I got it from TV and the news. This was so foreign to me, but it was so compelling and close to home. I’m from the South. Race and difference and rage are so real down there. For me to see a different country, where everyone is the same race, just killing everybody, is unbelievable to me.”

All of a sudden, a half-decade of appearances in teen flicks, wacky comedies and action flicks is washed away.
Tatum is a bona-fide humanitarian.

Even better, he legitimately cares about his audience and wants them to be affected by what’s going on in the world as well.

“It was really important for me to get this to my audience, which is a little younger,” he said. “They had an amazing screening of it for some inner-city kids at the Tribeca Film Festival [in 2010]. They needed to see it.

“It was just an honor to be a part of this.”

This entry was posted in Film. Bookmark the permalink.