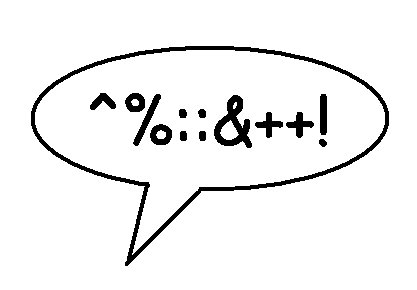 This year in Hollywood, everyone seemed to develop a dirty mouth – publicly, that is. A few of the year’s bigger stories to date centered around two four-letter words, and one with five letters.

“The King’s Speech” garnered the most Oscar nominations of the year with 14 nods, and won four. The film, which concerns a future monarch’s struggle to overcome his stutter, also featured a scene which had Colin Firth exercise a few of George Carlin’s seven dirty words.

Naturally, right after something has won you awards, box office returns and helped you get your former reputation back, it’s time to change it. So Harvey Weinstein decided to release an edited, PG-13 version of the film after the Oscars. (The film had initially been rated R – not because the context of the words was seen as vulgarity, but because there were so many of them.)

Weinstein’s rationale was that he wanted to bring the story to a wider audience, and inspire kids who might also suffer from stuttering.

Not that that helped at all. The edited version actually made less money.

In short, everyone followed Bertie’s cue, and didn’t give a f*ck.

Over on the small screen, two pilots were ordered, each with the word “bitch” in the title. “Good Christian Bitches” centers around a Dallas woman who returns home to face her former high-school classmates, whom she tormented back in the day. “Don’t Trust The Bitch in Apartment 23” follows a girl who moves to New York City and rooms with a girl who’s a little different.

(The word will also show up on the big screen. “Twilight” director Catherine Hardwicke signed on to direct “The Bitch Posse” for a feature film.)

The buzz on these scripts is that they’ll both be ordered, but with new, b*tch-less titles. That’s already happened for one of them: They softened into “Good Christian Belles.”

“B*tch” is following in the footsteps of “sh*t,” having been anointed into TV-title territory last fall when CBS picked up a pilot based off the popular Twitter feed “Shit My Dad Says.” But the title was eventually modified, with the first word being spelled “$h*!” (Even though it visually resembled the original word, it was supposed to be pronounced “bleep.” Think anyone did that? Yeah-bleeping-right.)

Viewers will have to wait out this trend to see if it goes or sticks around. Or to see if producers come up with less familiar curse words on which to hang scenes and entire premises.