Is model diversity on the runway chic? Apparently not.

Posted on May 19, 2011 by Chase Lindsay Rosen
I recently sat down to speak about the issues that ethnic models face in the fashion industry with David Ralph, Men’s Director at NY Model Management and Pierre Woods and Hollis, two professional runway, editorial and commercial models. After doing some research and exploring population numbers, runway breakdowns by race and number of shows on average held during a NY Fashion Week, it all became clear — is the fashion industry racist? The face of the fashion industry is certainly changing, but some people don’t think this change is happening quickly enough.
In 2007, controversy sparked when Women’s Wear Daily reported that out of 101 runway shows held at Bryant Park, one third did not employ a model of color. And many shows only employed one or two. A year later, Muccia Prada’s S/S 2008 runway show did not employ one model of color. Articles, studies and theories rose in response to the lack of color on the runways and in the advertisements.

Over the years, the numbers have increased and runways have become more inclusive, but in a world where every other industry sees no color, why is the fashion industry lagging? The articles I listed below helped to answer this burning question.

* Why Fashion Keeps Tripping Over Race by Robin Givhan (New York Magazine, 20011) explores the timeless issue of race identification in the fashion industry. Givhan opens with an anecdote from the Lanvin Fall 2011 Ready-to-Wear show, where Elbaz’s finale consisted of a group of black women, which led to a widespread applause. Using this as a spring board, the article goes on to explore the before and after effects of this and other, monumental moments in fashion history for African Americans.

* Is Prada To Blame For the Lack of Black Models? by Dodai Stewart (Jezebel.com, 2007) takes us back to 2007, where at the height of the issue regarding a lack of ethnic models, Bethann Hardison hosted a conversation. With big names like designer Tracy Reese, casting agent James Scully, stylist Lori Goldstein and designer Vera Wang in attendance, this discussion was aimed at bringing attention to the sharp decline of black models over the past decade. Stewart wrote this article after attending the event, providing an inside look to all those who were not there. Bethann Hardison has been an advocate of fashion becoming more culturally diverse and Jezebel.com on the other hand, has been an active participant (as a blog) in covering this issue over the years as well.

* Conspicuous By Their Presence by Cathy Horyn, famed NYTimes Fashion Critic and blogger for On The Runway, explores racial predjedice in the fashion industry. And what people are doing to combat it.  The story contains quotes from the driving forces behind the Italian Vogue All-Black-Issue, Italian Vogue editor, Franca Sozzani and photographer Steven Meisel. Perhaps one of the strongest pieces on the issue of racism in the fashion industry, Sozzani explains that she was intrigued by the presidential race and Mr. Obama was one source of inspiration. All wware of the lack of diversity on the runways, Horyn’s journalistic, Meisel’s photoraphic and Sozzani’s editorial voices all come together in this piece to explore the issue and define beauty, as beauty.

* In my research, I found myself wondering what goes on in the heads of designers and directors when it comes time to cast a show. Christine Kearney spoke to designers and directors behind Yves Saint Lauren, Tracey Reese, Michael Angel amongst others in the Reuters article published in 2008. Do the clothes come first? Kearney reported this story and gave insight into the visions of those who visualize and create runway shows.

* Are we all failing? Or are there fingers to be pointed and people to be blamed? Megan K. Scott’s 2008 article, Black models missing on the runway, quotes some of the most famous black models of our time: Tyson Beckford and Naomi Cambpell. Both of them speak to the issue and express their concern over the lagging number of ethnic models on the runways.  Jennifer Vendetti is quoted as well and proposes the solution that only a non-black designer will be able to successfully take a stand against issue.

Despite the abundance of articles and blog posts on the issue of ethnic model under-representation in Fashion Week, only time will tell if the numbers continue to increase and reflect where our country stands, on the grander scale, in terms of racial equality. 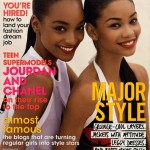 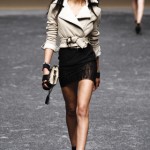 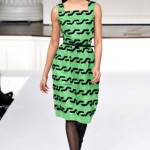 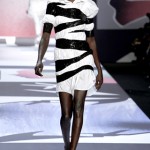 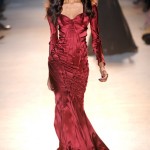 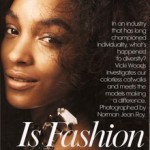 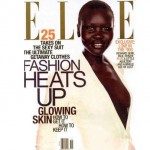 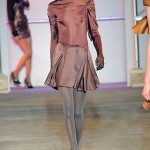 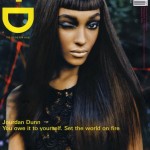 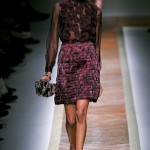 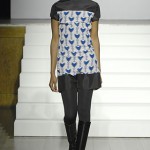 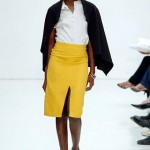 *all photo’s courtesy of Style.com

I am an aspiring reporter covering the worlds of fashion, art, entertainment and culture -- live from NYC.
View all posts by Chase Lindsay Rosen →
This entry was posted in Uncategorized. Bookmark the permalink.