Music and Technology: The Legitimacy of Sampling 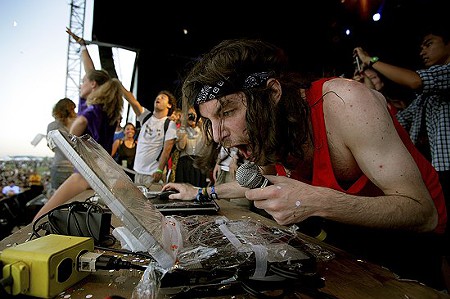 For centuries, artists have been stealing from other artists in order to create “new,” “original” works. The sampler began to enter American music in serious way in the 1960s and 1970s (at the time it was big and giant and scary: now it is sleek and cool). The machine allowed artists to record pieces of music from other musicians’’ works and then play them back and manipulate them as an sort of instrumental part of their own works.

Initially, artists who used sampling cruised under the radar because they weren’t making copious amounts of money off of the works, but soon, some of these musicians starting seeing some serious financial returns. That’s when industry people started getting angry and the lawsuits began to role in (think Danger Mouse).

I’ve complied a list of documentaries, articles, and websites that address this tangle of technology, music, artistic license, and law. Scroll through the links and try to make up your own decision. Is sampling a 21st century version of the “stealing” that musicians have been doing for centuries, or is it more complicated, less creatively legitimate, and more ethically dangerous.

This entry was posted in Culture, Music, Uncategorized. Bookmark the permalink.