Alexander Hamilton, one of America’s founding fathers, made a home in Harlem in 1802. And just this past year, his residence was relocated and restored as a national memorial known as Hamilton Grange. 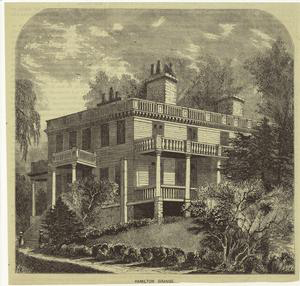 “It serves as a fitting tribute to the architect of our national government,” says Shirley McKinney, superintendent of Hamilton Grange.

And it’s a tribute deemed fit enough for the Lucy G. Moses Preservation Award from the New York Landmarks Conservancy as well. The site received the award at the conservancy’s annual awards ceremony held last month at the New York Historical Society.

“The home is a beloved part of the community and we have heard from many of our neighbors and visitors how impressed they are with the quality of the restoration,” McKinney says. 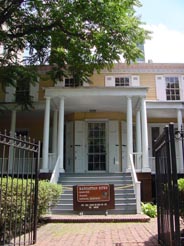 Just recently, the home added replicas of the dining room chairs that Alexander Hamilton actually owned, according to McKinney.

Later this year, Hamilton Grange will add an audio tour and interactive exhibit as well.