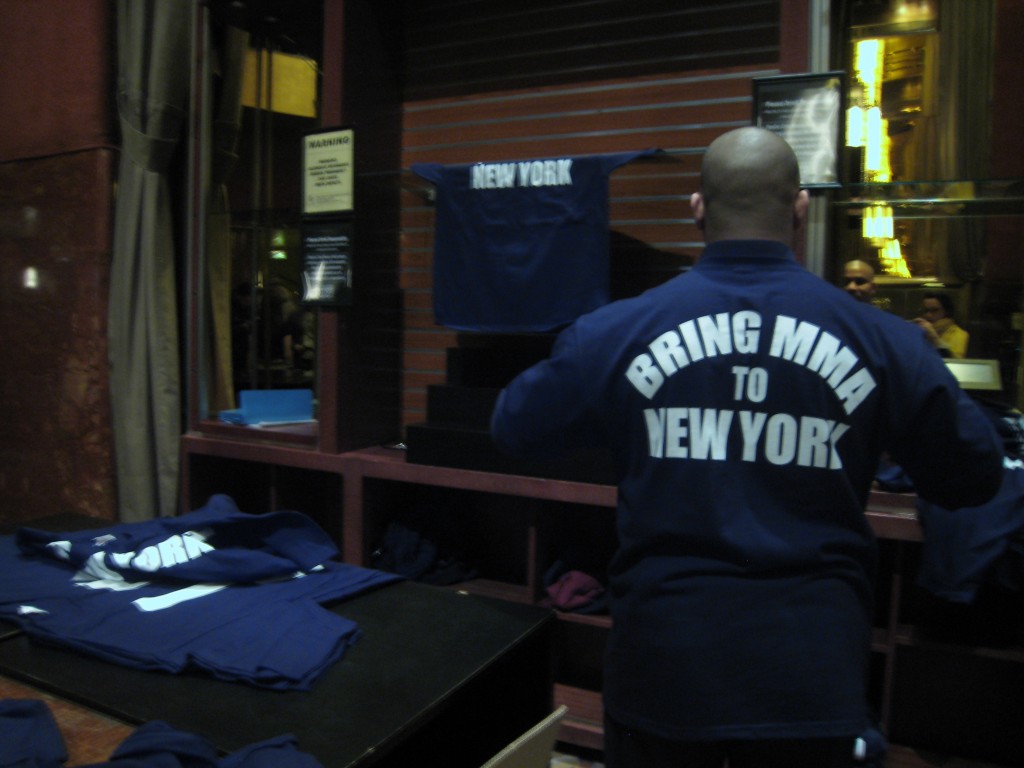 On Wednesday, the Rockettes made way for a very different kind of kicking at Radio City Music Hall. Ultimate Fighting Championship, the main brand associated with mixed martial arts (a sport that combines boxing, wrestling, martial arts and other fighting styles) took over the august auditorium for a few hours. The event was largely a Q-and-A opportunity to promote a championship bout that is to take place in Newark on March 19. However, while the opportunity to see world-class fighters in person may have drawn some fans, the buzz in the lobby was about something a little bit larger: the question of the sport’s legality in New York.

Or, to be precise, its illegality. While fighters can train in New York State (and one of the heavyweights up for Saturday’s title is a Rochester native), there’s a reason the championship won’t be at Madison Square Garden.

Dana White, the president of UFC, told the crowd that he had just returned from Albany, where he had been telling lawmakers about the sport’s safety record and economic benefits.

The Radio City foyer was full of fans waiting to sign a petition to legalize the sport.

“I love it because it’s the most competitive, challenging sport,” said Jared Handler, a 29-year-old designer who had stumbled upon the free event while on his way to meet his accountant. He had eagerly signed the petition. “To get it to come to New York, if I could help in any way—it would be incredible.”

Not everyone who signed necessarily had the same strong feelings but, whether or not the petition succeeds, each had reason to be pleased: every person who signed the petition received a free t-shirt.

2 Responses to Taking the (Ultimate) Fight to Radio City