People in their 20s seem to have it all: energy, limited responsibility, firm body parts. But what used to be considered a “prime” age has been bumped out of the picture and replaced by a more — ahem — mature demographic. I’m talking about the over 40 crowd. Sure, many people over 40 are known to have children, spouses, jobs and other responsibilities to juggle, but recently the media has shone a different light on them — one that shows people that age ain’t nothin’ but a number.

Hot in Cleveland
Tags: About the Show,Watch Full Episode,Betty White

Case and point: Betty White. Best known for her role on the 80s sitcom, “The Golden Girls,” the octogenarian has seemed to have made a comeback in recent celeb-stardom, making hilarious appearances on Saturday Night Live and starring in TV Land’s latest show, “Hot in Cleveland.” While Ms. White is memorable in her own right, she isn’t the only over 40 star making a splash in the media. 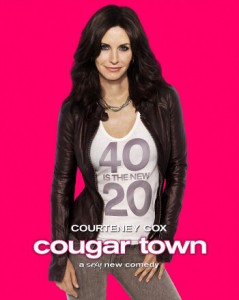 Many television shows have taken to using the over 40 premise as their plot hook, hoping to gain both young viewers (through humor) and older viewers (through an older cast). In the last two years alone shows featuring an over 40 cast have premiered: “Cougartown,” which follows the dating adventures of a recently-divorced woman (played by actress Courtney Cox, 46); “Hot in Cleveland,” starring three older women hoping to spice things up in a small (to them) town; and “She’s Got the Look,” a sort of “America’s Next Top Model” for women in their late 30s and older.

“Shows like [Cougar Town] show men and women that women can still be appealing after they get a certain age,” said Andric Calquhoun, a 26-year-old art director. “Women over 40 are just as sexy as their 20-year-old counterpart.”

If it seems like only women over 40 are the hottest, new thing, think again. Red, which premiered this weekend, is a film about a retired CIA agent who reassembles his (literally) old team in order to defeat his assassin. The film stars Bruce Willis, 55; Morgan Freeman, 73; John Malkovich, 56; and Helen Mirren, 65. In other words, an over 40 cast.

In an industry that is image-obsessed, it’s refreshing to see a change of pace in the media and through magazines that use people who are not only older, but healthier-looking, as well. It’s my opinion that by having people over 40, — or who are plus-size, or who are married with children, or are homosexual — Americans (especially impressionable youth) will stop putting so much pressure on themselves and realize that you don’t have to be “perfect” to be happy.

“I’m all for shows that focus on older, ‘real’ women who have lived their lives and raised children,” says Melody M., 47, who still considers herself in her “prime.” “They’re important for younger women to use as points of reference and reminders to older women like myself that we still got it goin’ on.”

Let’s just hope that the media continues the trend of featuring “real” people as role models — regardless of their age.

This entry was posted in Uncategorized and tagged 40 is the new 20, betty white, cougartown, hot in cleveland, red, she's got the look. Bookmark the permalink.