Posted on November 5, 2010 by Jonathan Balthaser

The New York City dance scene is far from homogeneous, but few productions showcase the diversity of movement more than the Urban Roots Project. Every year dozens of choreographers, musicians, performers and dancers from all over the world come together to showcase New York City’s melting pot of cultures at St. Mark’s church in the East Village. 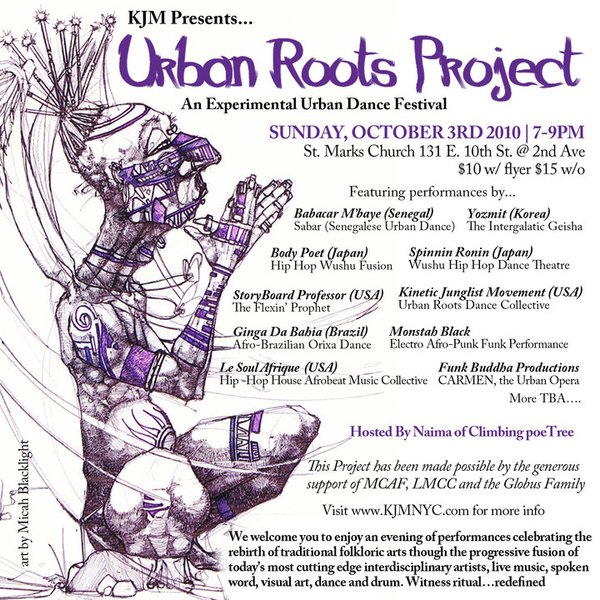 “The most fulfilling aspect of producing the Urban Roots project has been being able to provide a chance for tribes to unite and express themselves freely,” says Amy Secada, who produces the show. “I decided to produce the show after i saw some flashy hip hop jazz
dancers pop their head into an African dance class and start laughing at the teacher while he was demonstrating an ancient dance. I thought to myself, if they only knew, they are laughing at the source of everything they identify with.”

The show features performers from Brazil, Japan, Senegal, Korea and the United State in the beautiful open area main stage at the church. For more information on other programs the Urban Roots Project produces, check out www.KJMNYC.com