There’s a photograph of a naked woman standing on a rocky beach, looking out over the ocean currently on view in the exhibit “Free” at the New Museum. It’s a vulnerable moment for the woman, and even though it’s blurry and pixilated, it’s still a beautiful image that the photographer captured. Who was the photographer, you ask? 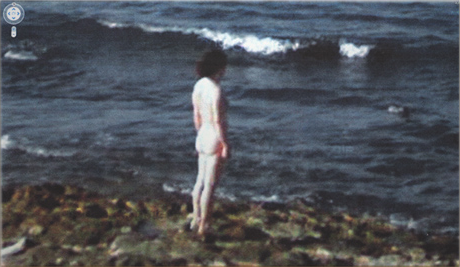 The image is one of the billions captured by Google’s camera equipped cars that provide the visuals for Google Street View. The artist Jon Rafman spent countless hours looking at the world through the eyes of Google, searching for the most striking images. The shot of the woman near the ocean is one that he found. He has three other images from Google in the exhibit as well: a burning house on a suburban Arkansas street, teenage boys in Northern Ireland (faces obscured in Google’s attempt to appease privacy concerns), and three people standing on a hillside.

The images are just a small sampling of Rafman’s work. Since 2008, he has published three volumes of screen captures from Google Street View, each giving viewers a unique look at different parts of the world.

Rafman isn’t the only artist to find creative inspiration in Google’s wealth of images. What initially drew me to his work at the New Museum was not their content, but a sense of familiarity. I had seen this before. 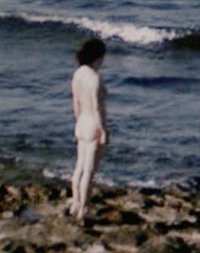 I racked my brain until I remembered that New York Magazine reviewed an exhibition of photographs also made from Google Street View images (“iseeyou” currently on view at the Bruce Silverstein Gallery).  This time, the images were by photographer Michael Wolf. Wolf focuses on the shots that captured people, often in funny or compromising positions. Instead of simply taking a screen grab like Rafman, Wolf crops and enlarges the images. The result is a somewhat jarring, computerized depiction of humanity. What’s really interesting, though, is that Wolf and Rafman use some of the same images — including the naked woman standing on the beach.

Both artists raise interesting questions about privacy and our need for constant access. But they’ve also added meaning to images that Google considers just to be another piece of data. I’m sure they’re not the only two artists working with Street Views, and I’m excited to see what other people come up with as Google tries to document every street in the world.