The New Yorker: Longform Storytelling in a Snowglobe

“Will longform stories go unread by a generation that relies on 140 characters to get their news?”

This question was billed as the focal point of “Longform Storytelling in a Short-Attention-Span World,”  a free event presented by ProPublica and The New School last night.

Each had a lot to say about the merits of long-from storytelling. Not one expressed much concern about shrinking  — OMG, look, puppies dressed as cats! — attention spans.

“Media in the 24-hour news cycle has an aesthetic, and it leaves out things like character and plot,” Glass said. As a result, he said there is more of a hunger for narratives with depth. 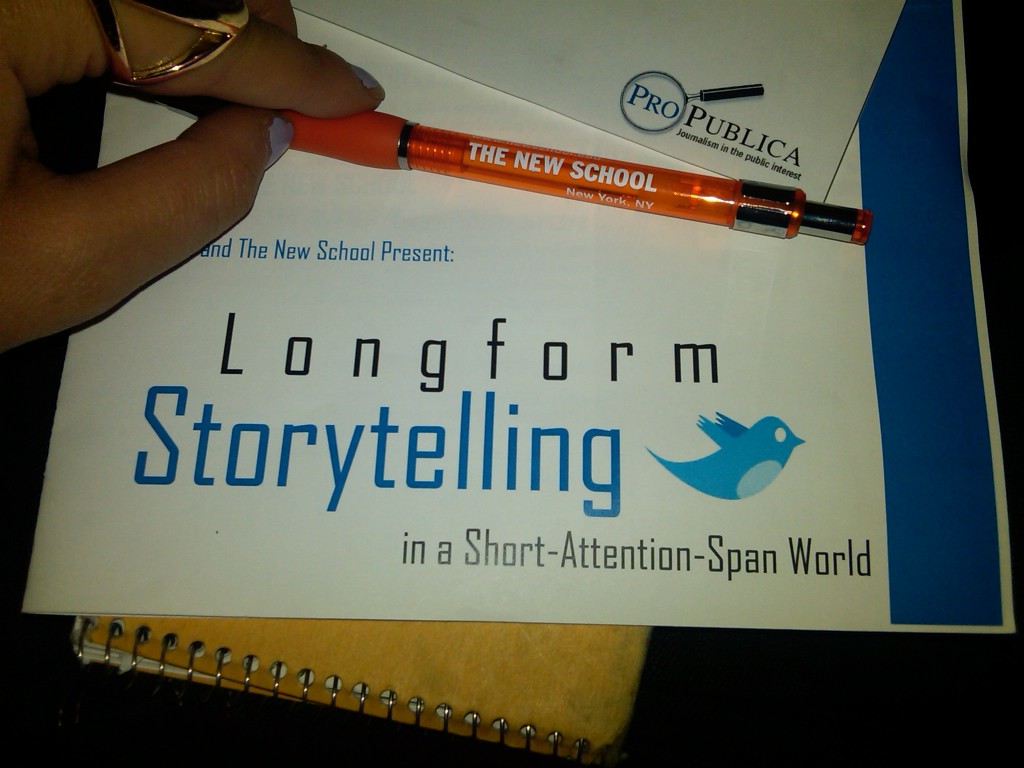 Aronson-Rath said that FRONTLINE has little reason to change drastically due to shrinking attention spans. The show’s viewer base is loyal, and often the same base that reads the New Yorker and listens to This American Life and donates to ProPublica. “We give viewers the benefit of the doubt that they are intelligent,” she said. “We are not catering to the extreme masses.”

Engelberg, who has worked with FRONTLINE, said that there is a need, with investigative journalism, to step back and get the full sense of a story. “You know the least about a war from the frontlines,” he said. “I can follow Twitter all day [about the protests in Egypt] but not understand anything.”

Remnick agreed. “The good stuff comes when you return…to a story after the caravan leaves,” he said. “If the story is good enough it’s going to reach 2 degrees deeper than the surface stuff and change somebody’s life in a significant way. We have to think about the density of a story. I mean density in the best sense, like chocolate cake.” 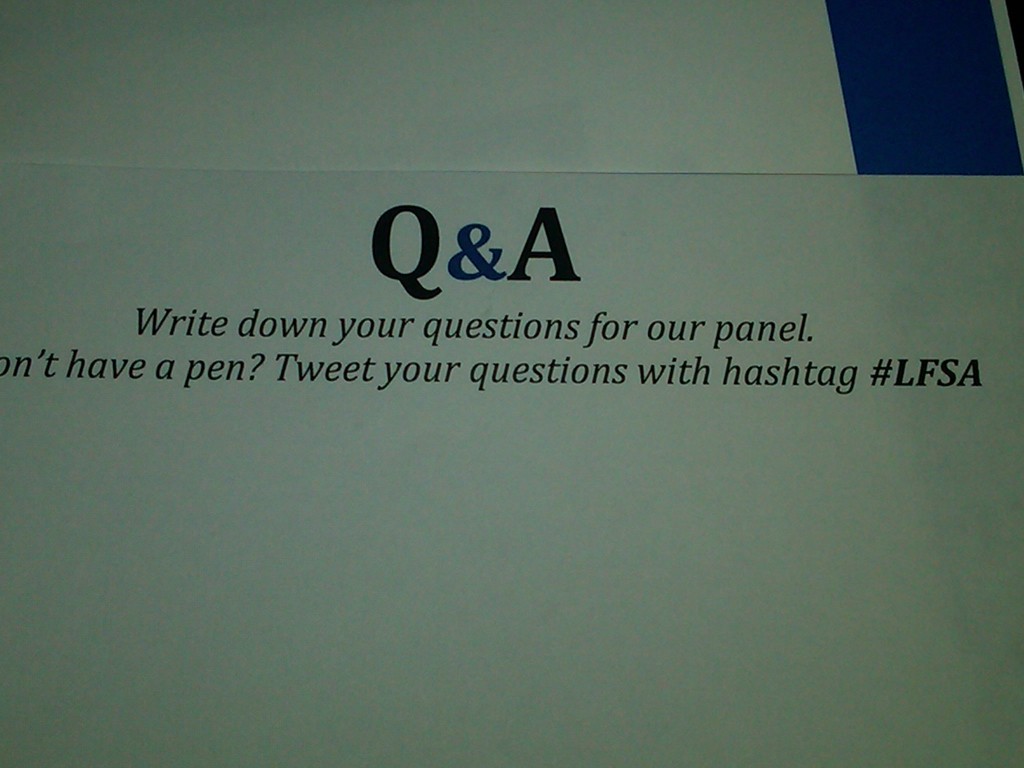 I emailed Remnick after the event to address the only empty promise of the evening: the latter half of it’s billing, those ever-shrinking attention spans. I asked him if he considers the younger generations that will eventually reach the average age of the New Yorker’s subscription base.

He said, in response, that he simply did not accept the premise of the panel. “For generations and generations, older people have always worried about younger people and think they are more superficial, more jittery, lack this quality or that,” he said.  “Look at the event itself tonight: 500 people came out to hear four people talk about this…And half the audience was very young indeed, and they clearly read, they are clearly engaged…Our audience at the NYer is getting younger, not older. More and more people are getting a decent education, not fewer. Beware of creeping ageism and the faddish notion that just because there is an internet that the world is going to hell in a handbasket.”

I don’t think the editor of the New Yorker directly suggested I’m an ageist. (Wait, did he?) I do wonder, as someone who started reading the magazine twenty years ago (reading, meaning the cartoons; I was three; they were funnier then) and is still a loyal subscriber today, how the magazine will change 20 years from now. Not only in terms of length, but of voice and content and style.

I wonder if people 20 years younger than me will read the magazine if those things do not change.

In other words, it may make me an ageist, but I still wonder about the short atte — hipster puppies?!

You can watch the full event here.