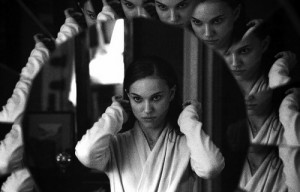 Ballet has always come with an air of superiority. Often people feel it is a higher class of art, one you need to know something about before calling yourself a fan. But thanks to this year’s Oscar winning film, Black Swan, ballet made it’s way into the mainstream.

Of course it’s not the first time, but from fashion to Kanye, the ballet aesthetic seemed to grab hold of the spotlight. Which is no real surprise. Graceful and beautiful, strong but fragile, ballerinas are the epitome of elegance. But with this dichotomy also comes a much sadder reality. Body issues like anorexia and bulimia, both taboos of the ballet world, make their way into the story and became a part of the Black Swan media storm.

Since right before the movie’s release in December to now there have been an enclave of stories covering the “Black Swan diet.” For nearly six months the story has evolved, with many different outlets taking different approaches on how to handle body image in dance.

In November before the movie came out the stories were how you could look like Portman, who lost 20 lbs for the role through rigorous training with Mary Helen Bower of Ballet Beautiful. Even though these articles appeared in women’s magazines, they are only surface stories never going deeper into the body debate.

• Natalie Portman’s Black Swan Workout By: Abby Lerner
The interview with Portman’s trainer Mary Helen Bower focuses on getting the physical qualities of a dancer, “long lean muscles and beautiful posture.” The piece also has a slideshow of moves the average woman can do on their own to get the body of a ballerina.
[Shape]

• Ballet Exercise: Natalie Portman’s Black Swan Workout By: Emily Herbert November 24, 2010
This Q&A with Portman’s trainer Mary Helen Bower talks about how she prepared her for the role. It also features examples of exercises someone could do to get herself in ballet shape. Unlike the article above, she does mention how intense the training was for Portman, who spent 12 to 14 hours on set while also training in the morning and evening.
[ELLE]

• New Workout: Ballet Beautiful By: Kristina O’Neill December 6, 2010
The writer tries out the Black Swan workout for herself adding a touch of humor about fad diets and her own goal to earn the “elusive ballet butt.” Though she admits the routine is tough, she unfortunately never talks about how grueling it actually was for Portman.
[Harper’s Bazaar]

In December a controversy was brewing over The New York Time’s dance critic, Alastair Macaulay’s comment about the weight of the Sugar Plum Fairy in The Nutcracker saying that she looked like “she’d eaten one sugar plum too many.”

Backlash ensued and the discussion switched to the pressures ballerinas have on them, bringing in Black Swan as an example.

• ‘Fat’ Ballerina Speaks Out By: Jessica Coen December 13, 2010
The dancer, Jenifer Ringer went on Today to talk about her own eating disorder and the pressures of being a dancer.
[Jezebel]

From this point on the conversation changed and the media began noting the “extreme” diet that Portman was on for the movie. The majority of the articles came out in February around Oscar time, some within days of each other. These outlets began to delve deeper into the movie, analyzing Portman’s character’s mental and physical downfall.

• The Many Faces of ‘Black Swan’ Deconstructed By: Alastair Macaulay
February 9, 2011
The hostile attitude towards ballet in Black Swan explores the idea that “everything is not beautiful in ballet.”
[NYT]

• The Black Swan Diet Will Not Make You Look Like Natalie Portman By: Brian Moylan February 24, 2011
Moylan comments on the New York Post writer who wrote about her attempt to lose weight by adhering to the Black Swan diet. It’s one of the first articles to bring up the unhealthy aspirations of trying to emulate a celebrity.
[Gawker]

It’s surprising that the truth of the Black Swan fitness routine wasn’t a story sooner, but it is even more surprising that it wasn’t a woman’s magazine to break the story.
With ballet getting it’s time in the sun, it would have been nice for more mainstream outlets to actually discuss the dangers involved in the ballet world. Tying it to the movie seemed like a perfect fit, but now it just seems like a lost opportunity.