In a time when music artists give their fans entire albums for free, ringtone sales rival the sales of singles, and Twitter has replaced PR agents, it’s no wonder record label staff and major music executives are scurrying around in hopes of finding a solution to plummeting album sales and skyrocketing illegal downloads. However, instead of mourning the “old days” when consumers actually went to record stores (what are those, again?) and bought entire albums, music industry professionals are looking to new technology and media strategies to develop audiences. These audiences, it seems, are no longer physical people waiting to purchase an album, but a digital audience full of sharing potential, thanks to sites like Twitter, Facebook and blogs, which can exponentially spread the word about an artist or band before you can even say “word of mouth.”

Here are five articles that surfaced over the last three years that each discuss how the music industry lost, gained, and shaped its audience, how musicians have changed the way they communicate with their fans, and how mainstream media has adapted, for better or for worse, to these changes. 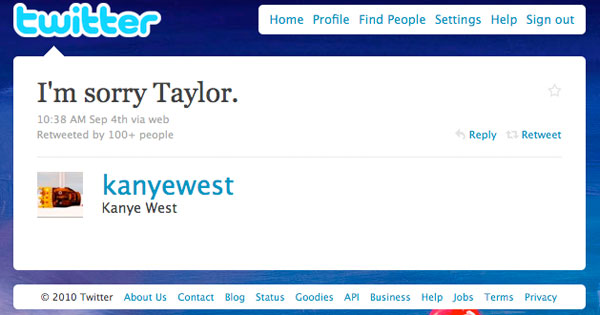 “Any of these artists might normally have taken to the studio to express the same sentiments they did on their Twitter pages — and maybe they still will. But for now, 140 characters has become the new 16 bars.” 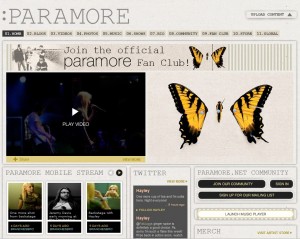 “To an extent, we could be entering a disaggregation phase of music, as major labels grow new sites, apps, and social networks around specific artists, and indie bands approximate the same approach using Ning, Muxtape, and other tools. Once MySpace introduced artists and labels to the powerful cocktail of social networking and music, it was only a matter of time until they wanted to own more of that experience.” 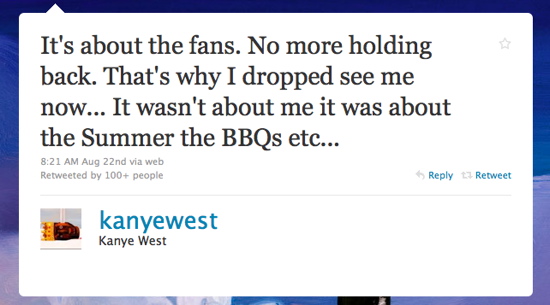 “And though artist profiles in Rolling Stone, Spin, Blender, this publication, and elsewhere have always made sure to have purely critical sections, in which the writer reflects on the import of what they’re witnessing. Ultimately, most us bought these magazines, and read them, in order to find out what these guys were like.

Now, of course, we know. Or know as much as the writers do, anyway. Kanye West is no more or less mediated, selective, and calculating in what he presents to Twitter than he would be with a writer in the room. In fact, these days, he’s probably more honest without the writer in the room.”

“Where I think that the Grammys fail stems from two key sources: (1) over-zealousness to produce a popular show that is at odds with its own system of voting and (2) fundamental disrespect of cultural shifts as being viable and artistic.”

“Interesting that the Grammys understands cultural relevance when it comes to using Eminem’s, Kanye West’s or Justin Bieber’s name in the billing to ensure viewership and to deliver the all-too-important ratings for its advertisers.”

“Industry executives say they are encouraged by the development of new digital services, particularly those that embrace the principles of cloud computing. These services can provide unlimited amounts of music to listeners on demand, through a variety of devices, from mobile phones to televisions…Music executives say Internet service providers hold the key to solving the piracy problems and helping the music companies recoup lost revenue.”