Posted on September 20, 2010 by Jonathan Balthaser 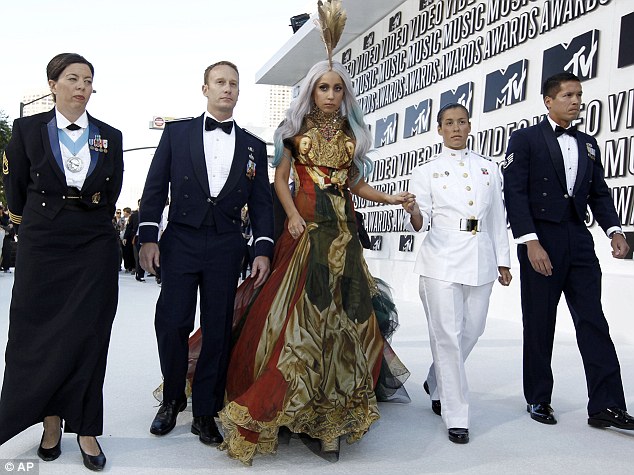 Lady Gaga is continuing her crusade to repeal Don’t Ask Don’t Tell. The pop superstar’s latest effort to fight the controversial legislation comes in the form of a YouTube video she made for her “fellow Americans,” as well as specific members of Congress who support DADT.

“I am here to be a voice for my generation,” says Lady Gaga in the video, before encouraging everyone to call their Senators to tell them to repeal the law. The video is the latest in Gaga’s efforts to bring attention to the issue. Early last week Gaga sent a tweet urging fans to tell Harry Reid to repeal the law. She also brought four gay and lesbian former members of the military as her dates for the MTV Video Music Awards.

You can see the video in its entirety below.

On Monday, Lady Gaga will host a rally in Portland, Maine, where she hopes she can influence the votes of Sens. Olympia Snow and Susan Collins.

“Her coming here was a strategy decision on her part,” Aubrey Sarvis of the Servicemembers Legal Defense Network told the Portland Press Herald. “She sees senators Collins and Snowe as being the bridge between the two sides.”