Life, Liberty, and The Internet

“Life, liberty, and the pursuit of happiness” is one of the most famous phrases in the U.S. Declaration of Independence–but when it was written it’s doubtful the founders of the country would one day have the Internet in mind as another definition of liberty.

“Free”, an exhibit at the New Museum in New York City, explores how the Internet has basically changed our way of getting information and our notion of public vs private. Everyone–and everything is free and open.

While fifty years ago, you could look through your window and see what your next door neighbor is doing, essentially in 2010 everyone is our neighbor. Literally. A person could type in an address in Los Angeles while living in New York City, and in seconds see what their world neighbors front door looks like.

Although displays included the expressions of different freedoms–such as the freedom to go into people’s homes when you choose (Chatroulette), or the freedom of letting the world see your intimate pictures that were once protected in albums (Flickr), my favorite was obviously the display on Google Street View, a feature of Google Maps. 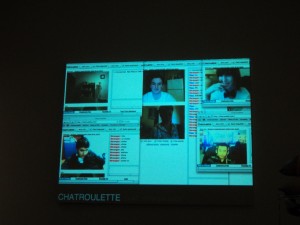 The freedom to look and talk to anyone. 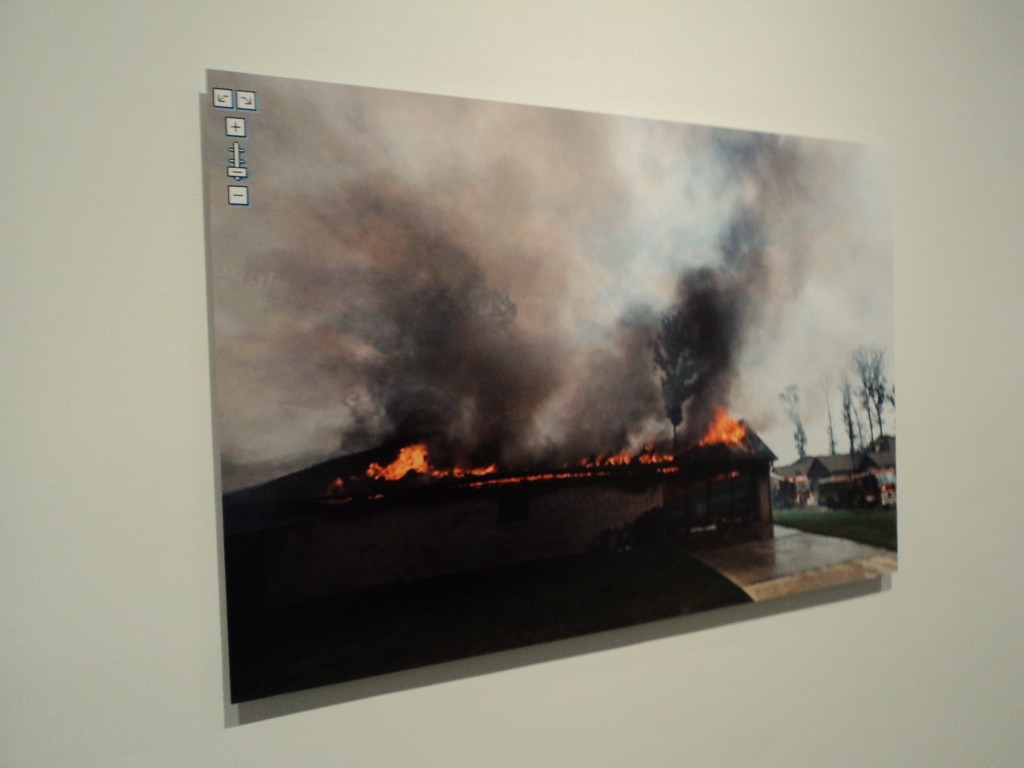 Google Street Maps caught a house on fire while snapping the portrait of a home.

Out of curiosity, and the swift way I could just type something into Google–I “Googled” my family’s house on street maps to see what it would look like. 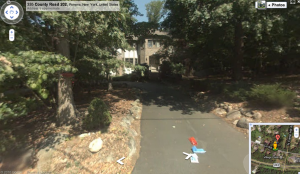 Surprised my family dog wasn't captured in this global snapshot.

I discovered the world could not only see my house, they could see the papers in my driveway my parents pick up every morning.

That may sound intrusive to show you—but the whole world is free to see it anyway right?

The New Museum is located here (picture courtesy of Google):

Buzzfeed.com has 24 of the best screenshots ever of chatroulette