Last Saturday the Bushwick based rappers Nine 11 Thesaurus celebrated the release of their first album, “Ground Zero Generals,” with a powerful and energized performance at Don Hill’s. 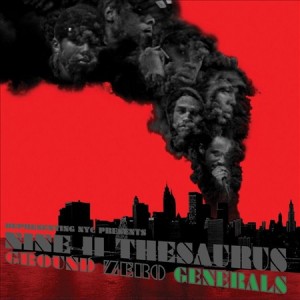 It was slightly after midnight when Shasty, P.DOT, Hollywood, Riddic, God’s Sun, Bear Wolf and Young T took the stage, announcing their arrival with the album’s first single, “Rookie of the Year.” They followed with a set of boldly political, socially conscious tracks that recall acts like Public Enemy and Dead Prez.

The name “Nine 11” reflects the artists’ desire to “create an impact as major as [9/11],” but with a positive effect. “Thesaurus” signifies their hope to embody “the many definitions of hip-hop.”

The members of Nine 11 Thesaurus are between the ages of 18 and 21 years old. They are alumni of Representing NYC, a network of local musicians founded by composer Sam Hillmer to create a channel between arts-based social services programs and the local art and music scenes. Through the program, “they’ve had incredible exposure to the industry- producers, managers, booking agents…” says Hillmer, “now they’re capitalizing on those contacts to try to build a career.” 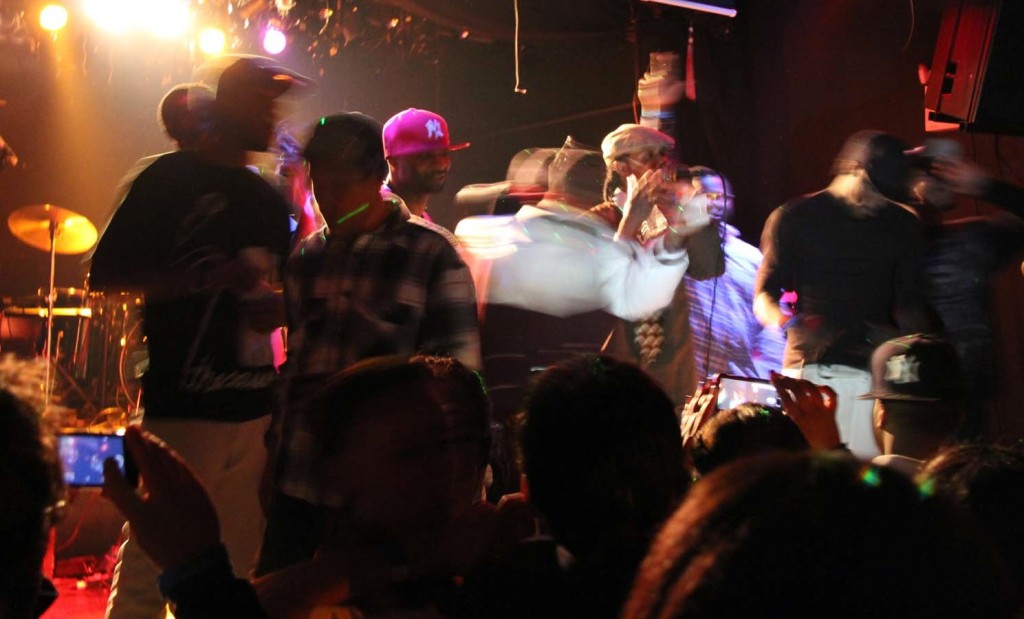 Backing Nine 11’s lyrics are beats produced by members of indie bands Gang Gang Dance and Skeletons (Skeletons also performed that evening.) The pairing drew an eclectic crowd to the legendary venue.  As the evening progressed, a steady stream of Saturday night regulars joined the fans on the floor.

For God’s Sun, 21, one of the highlights of the night, “was to see so many new faces loving the music we make.”

Hillmer, who organized the performance was equally pleased. “Whether they can crossover to a mainstream audience is yet to be seen,” he says, “but, they certainly have the drive.”

“Ground Zero Generals” by Nine 11 Thesaurus will be released on April 26 via The Social Registy.  In the meantime, download a sneak peak: “Rookie Of The Year” and my personal favorite “Stressin“.